A detail from the oversized artwork entitled Brotherhood Kiss (Bruderkuss) by Dmitry Vrubel that once adorned a section of the notorious Berlin Wall in western Germany Russian. Two seemingly gay men are kissing on the lips but this is one of the most famous paintings – a symbol of a divided Europe during the Cold War. It shows Communist Soviet leader Leonid Brezhnev kissing his East German (DDR) counterpart Erich Honecker, which was ultimately copied on to coffee cups and T-shirts across the world before being destroyed by the authorities. The artist was angry but he says he will paint a new image which was derived from a photograph of the two leaders taken 1979 but became a potent symbol of Communism's corruption and ultimate failure. 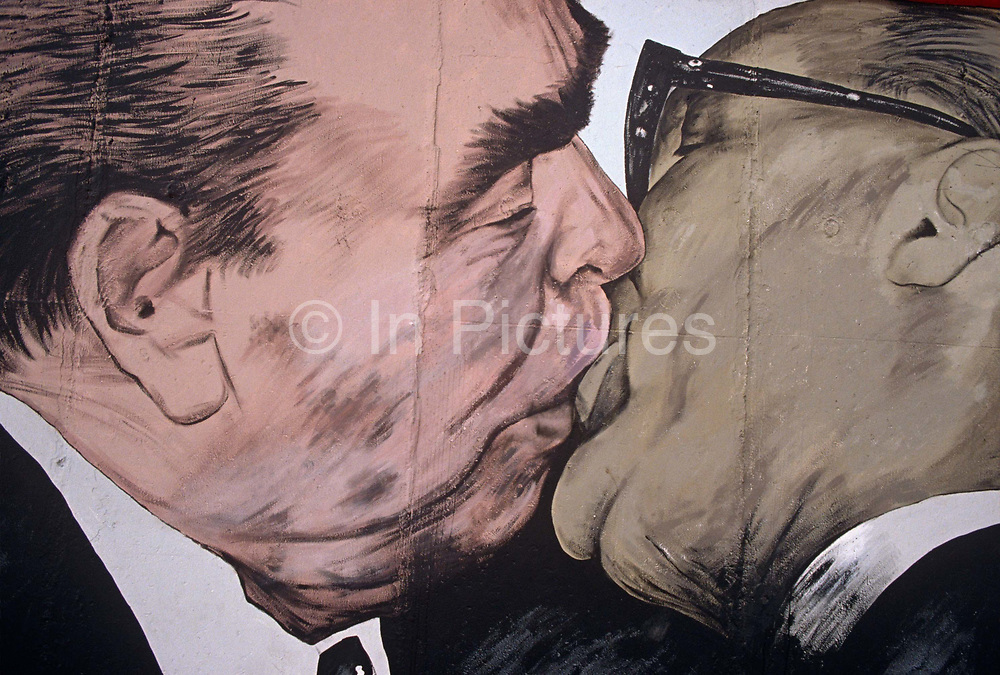