Sierra Leone - Makeni - Sheik, alone in his house with no money

Sheik, alone in his house with no money and nothing to do. A former security guard, he was retrained after his mutilation and became a baker. He has an oven but few people can afford to buy his bread. Several years ago his wife fled to the USA and took his children with her. Sometimes she sends money. Village near Makeni, Sierra Leone 2004
Rebel forces, the Revolutionary United Front in Sierra Leone, systematically murdered, mutilated, and raped civilians during the country's civil war as a policy of terror 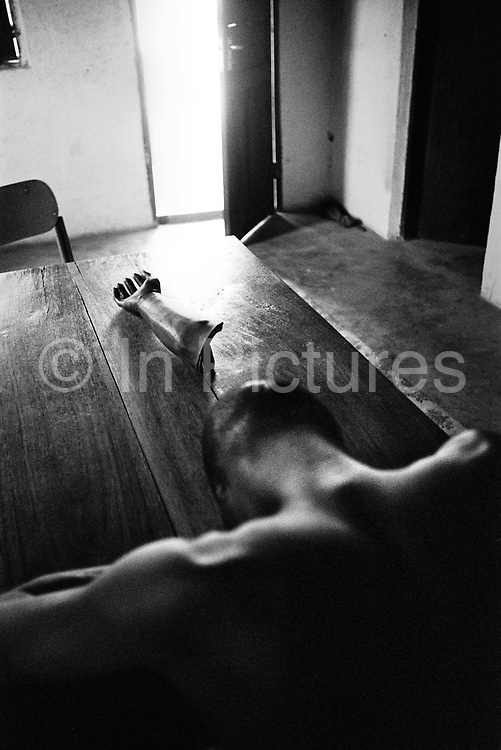