Dark figures stand in silence to watch the crackling flames of a bonfire during the annual bonfire night on 5th November 2016, in Kington, Herefordshire, England. Bonfire night is an annual English tradition that takes across Engliand, especially in rural towns and villages such as Kington, a farming community on the English/Welsh border. The tradition is to light a bonfire with a guy on top historically, an effigy of Guy Fawkes, the Catholic plotter against King James 1, in 1605 although nowadays, the effigy can be of any hate character. This year, it was of Donald Trump - a few days before his shock election victory. Soon afterwards, the fireworks display was under way. 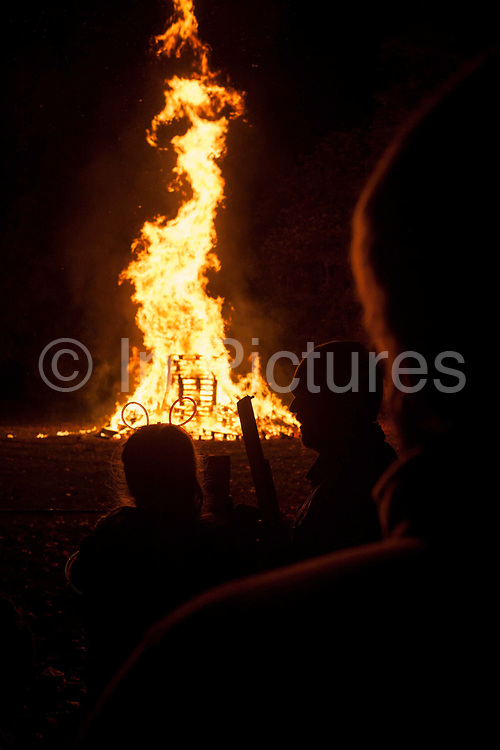