As a young office worker sleeps incongruously on a marble pavement, a street sweeper nearby brushes away litter with a small dustpan. The manual labourer wears blue overalls, yellow gloves and keys in his back pocket while the man in a wastecoat and smart trousers and polished slip-on shoes appears to be fast asleep, his fingers across his chest. This scene suggests the social divisions of the working man: Of the young, educated post-war generation whose opportunities have afforded them a faster lifestyle, far removed from that of the physically-demanding job of a man whose life has been spent cleaning and sweeping. English social differences is clearly represented here as the harshness of the manual labourer versus a lazy youth of today, seen in the middle of the modern city. 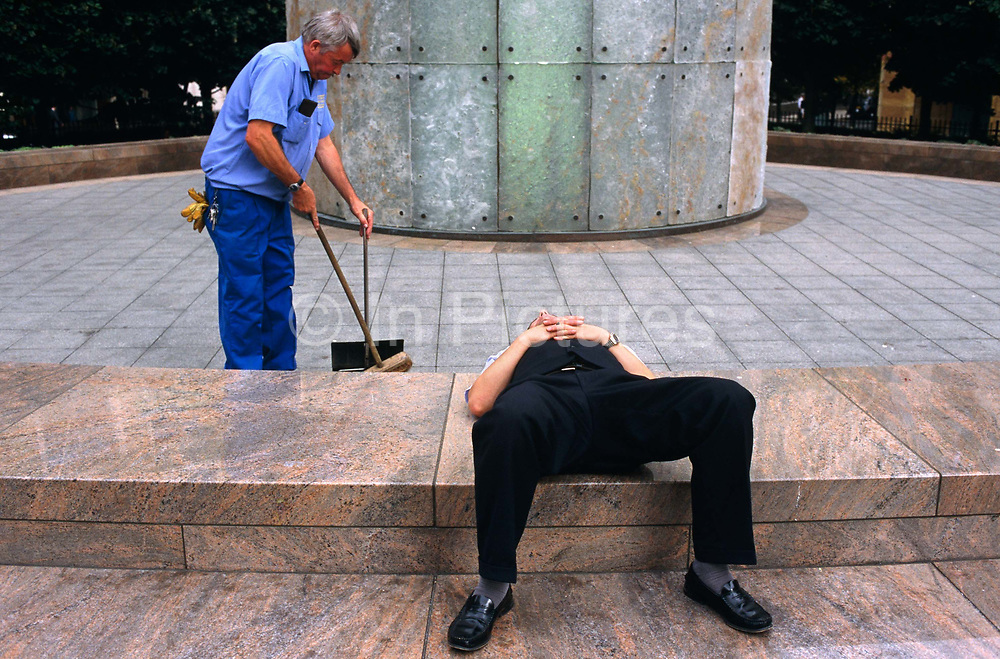