A young skateboarder leaps into the air beneath the huge memorial to the German Communist leader Ernst Thalmann, the leader of the Communist Party of Germany (KPD) during much of the Weimar Republic. He was arrested by the Gestapo in 1933 and held in solitary confinement for eleven years, before being shot in Buchenwald on Adolf Hitler's orders in 1944. The Ernst Thälmann Pioneer Organisation, consisting of the Young Pioneers and the Thälmann Pioneers, was a youth scouting-styled organisation of schoolchildren aged 6 to 14, in East Germany. Its motto was" "Für Frieden und Sozialismus seid bereit – Immer bereit" ("For peace and socialism be ready - always ready") but the Pioneers were disbanded in 1989 after early protests here in Leipzig at the same time as the Berlin Wall and the Socialist state's fall. 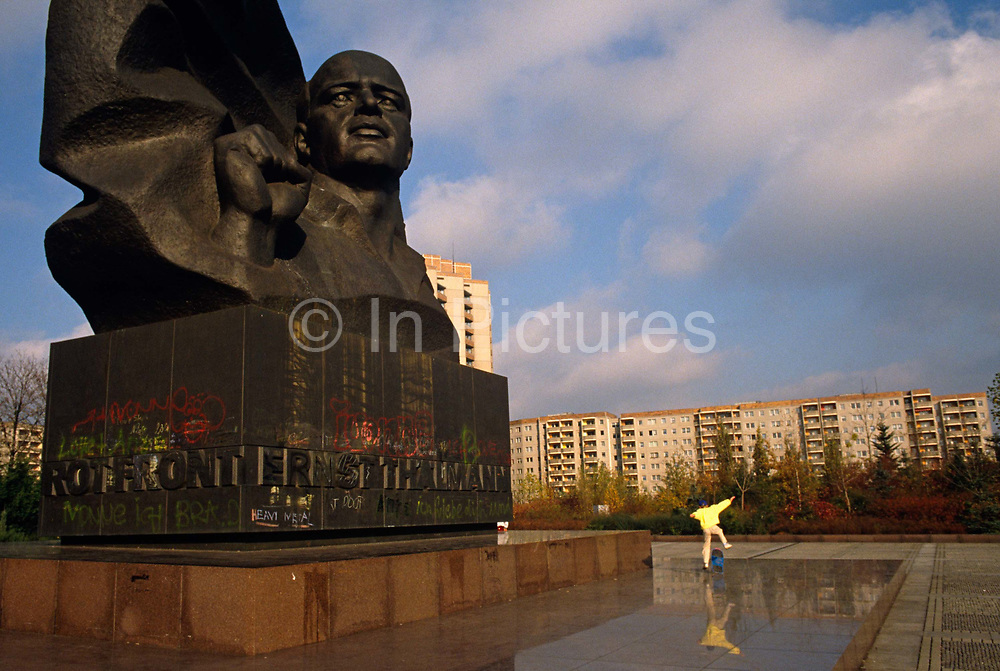