The legs of a young girl appear on an ad billboard, echoing two of the chimneys of Battersea Power Station. It is early morning in this part of south London that is soon to be redeveloped to accommodate the New US Embassy at Nine Elms. But here we see the kids’ fashion advertisement juxtaposed with the post-industrial structure that has been a famous London landmark since the 1930s. Battersea was once a coal-fired power station providing the well known, four chimney layout. The station was decommissioned from generating electricity in 1983 but used in The Beatles' 1965 movie Help! and on the cover of Pink Floyd's 1977 album Animals. 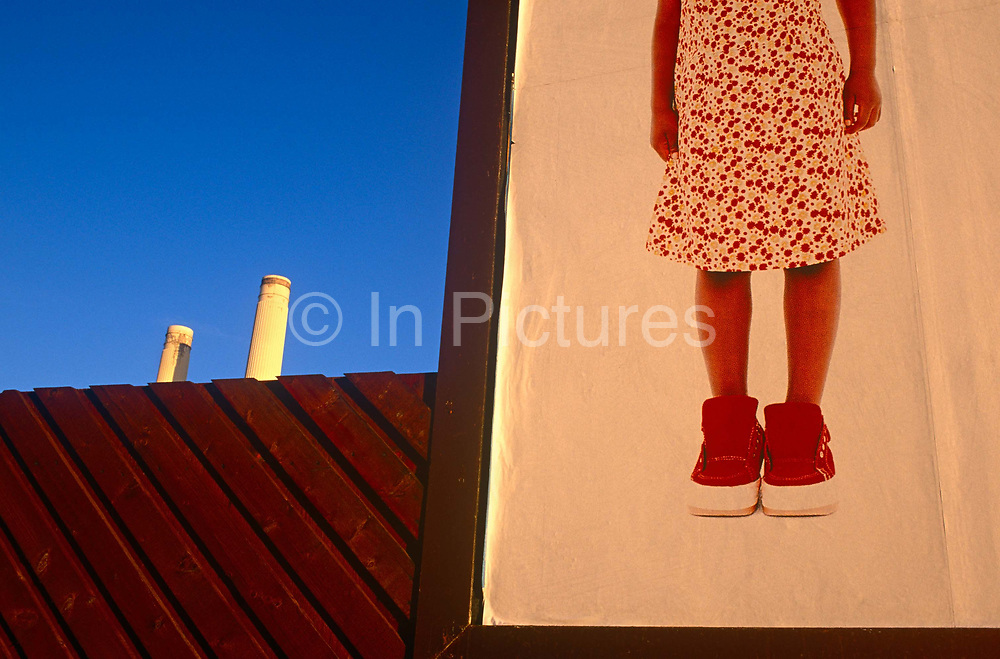