Figurines of St Francis of Assisi for sale as souvenirs in Assisi, Umbria, Italy. Saint Francis of Assisi, informally named as Francesco was an Italian Catholic friar, deacon and preacher. He founded the mens Order of Friars Minor, the women’s Order of Saint Clare, the Third Order of Saint Francis and the Custody of the Holy Land. Francis is one of the most venerated religious figures in history and was designated Patron saint of Italy. He later became associated with patronage of animals and the natural environment. Assisi is a town in the Province of Perugia in the Umbria region, on the western flank of Monte Subasio. It is generally regarded as the birthplace of the Latin poet Propertius, and is the birthplace of St. Francis, who founded the Franciscan religious order in the town in 1208, and St. Clare, Chiara dOffreducci, the founder of the Poor Sisters, which later became the Order of Poor Clares after her death. Assisi is now a major tourist destination for those sightseeing or for more religious reasons. 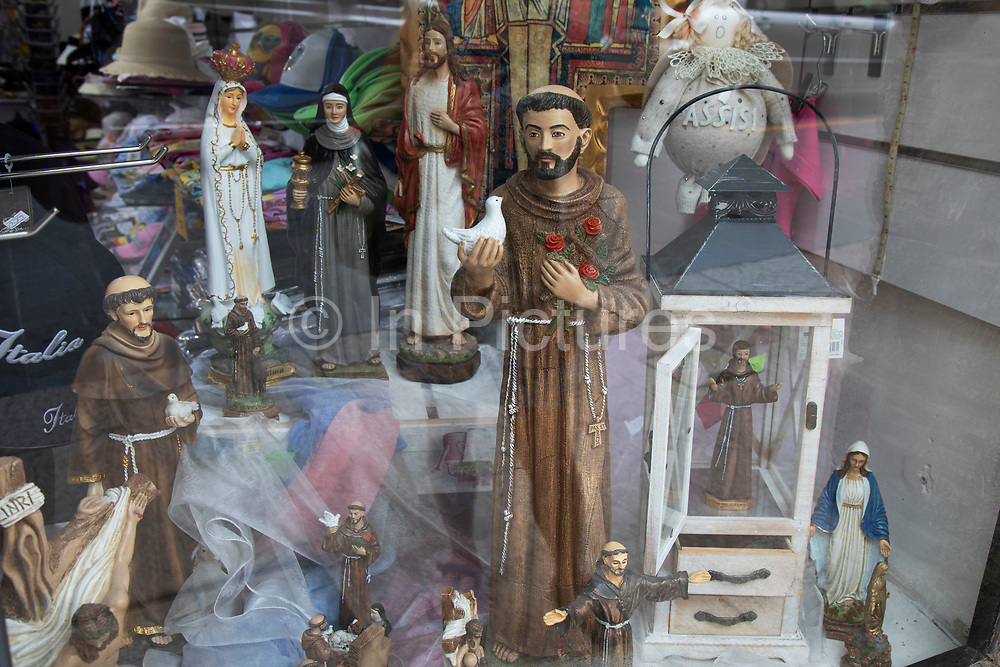