Palmerston, the resident cat of the Foreign and Commonwealth Office FCO sleeps on a winged armchair in the Ambassadors Meeting Room where senior foreign diplomats wait for official meetings, on 17th September 2017, in Whitehall, London, England. Palmerston is the resident Chief Mouser at the FCO who began his role in2016. Previously, he was from Battersea Dogs & Cats Home and is named after the former Foreign Secretary and Prime Minister Lord Palmerston. 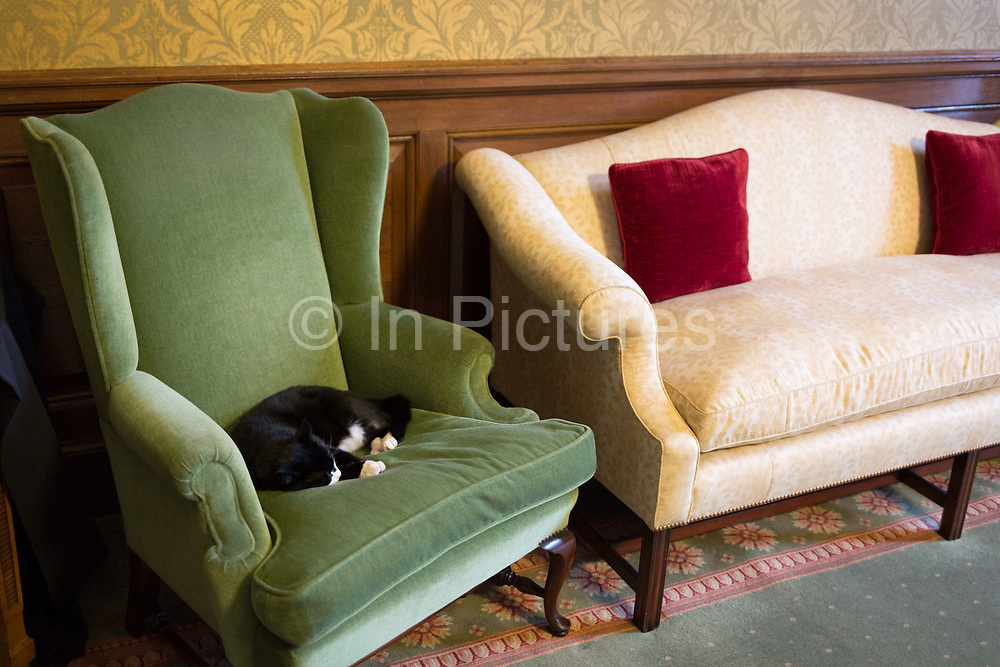