The tails of a The Mikoyan MiG-29 (Fulcrum) fighter jet and an Antonov An-124 Ruslan transporter are seen visiting the 1988 Farnborough Air Show. The insignia of the era, a red star and hammer and sickle are clearly seen on the aircraft, just over a year before the collapse of Communism with the fall of the Berlin Wall. The Mikoyan MiG-29 or "Fulcrum" is a fourth-generation jet fighter aircraft designed in the Soviet Union for an air superiority role. Developed in the 1970s by the Mikoyan design bureau, it entered service with the Soviet Air Force in 1983, and remains in use by the Russian Air Force as well as in many other nations. 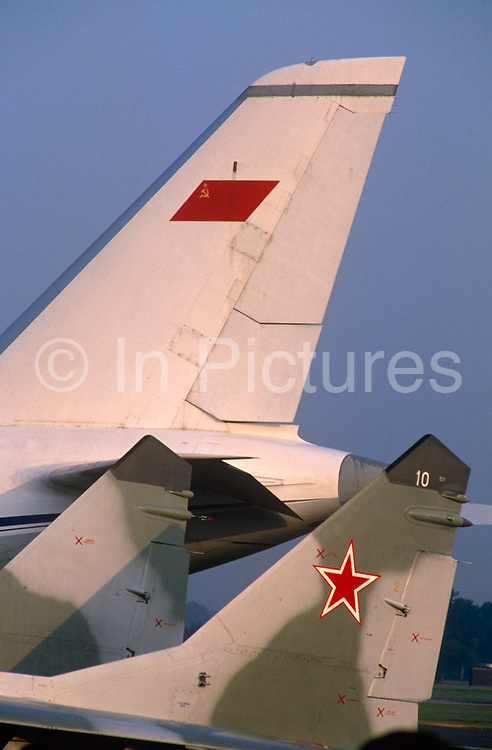