Taxies and private cars drive down the private road belonging to the prestigious Savoy Hotel – the only road in Britain where traffic keeps to the left, as in continental Europe. It is dusk and the famous green letters spelling the name of this hotel can be seen from across the Strand in central London. The Savoy Hotel is a five-star hotel located on the Strand, in the City of Westminster in central London. Built by impresario Richard D'Oyly Carte, the hotel opened on 6 August 1889 and was the first in the Savoy group of hotels and restaurants owned by Carte's family for over a century. It has been called "London's most famous hotel"[1] and remains one of London's most prestigious and opulent hotels, with 263 rooms and panoramic views of the River Thames across Savoy Place and the Victoria Embankment, part of the Thames Embankment. 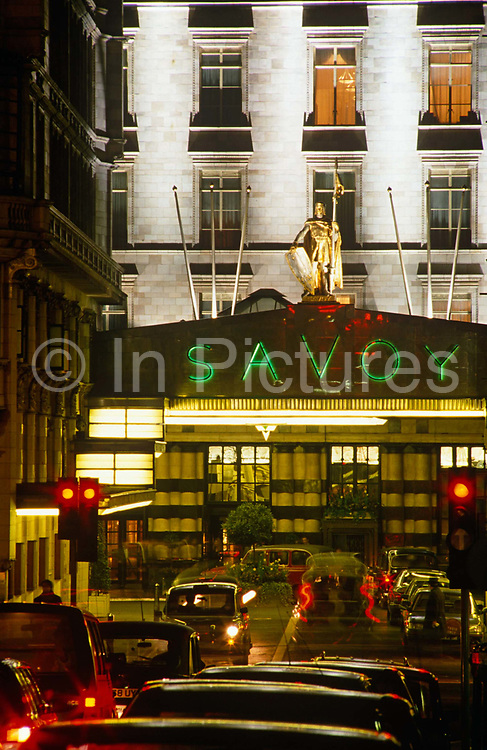