Businessmen sip morning coffee in one of the many cafes in the financial district of the capital called the Square Mile, also the oldest area of London named by the Romans. Five gentlemen wearing suits drink or talk in the window of this bar near the Bank of England. Coffee meeting places were the first calling-in place during the 18th century when the news and gossip of the day were discussed at great length and where deals were done and businesses started, included newspapers and the traditional British pub. 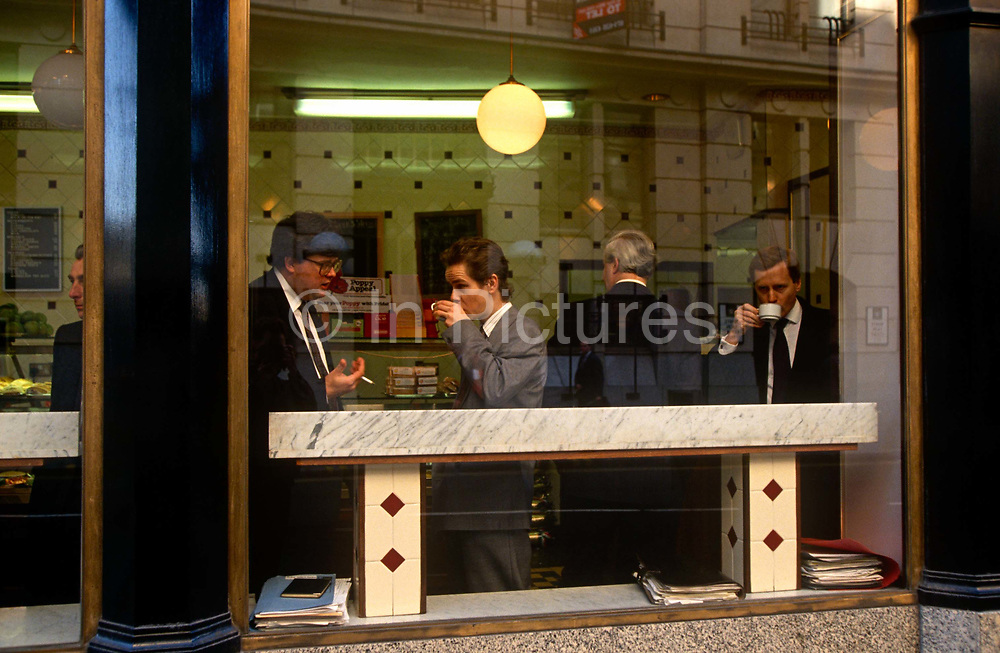