London's Theatre Royal in the capital's Haymarket, currently showing Shakespeare's The Tempest starring Ralph Fiennes. The Theatre Royal Haymarket (also known as Haymarket Theatre or the Little Theatre) is a West End theatre in the Haymarket in the City of Westminster that dates back to 1720, making it the third-oldest London playhouse still in use. Samuel Foote acquired the lease in 1747, and in 1766 he gained a royal patent to play legitimate drama (meaning spoken drama, as opposed to opera, concerts or plays with music) in the summer months. The original building was a little further north in the same street. It has been at its current location since 1821, when John Nash redesigned it. It is a Grade I listed building, with a seating capacity of 888. 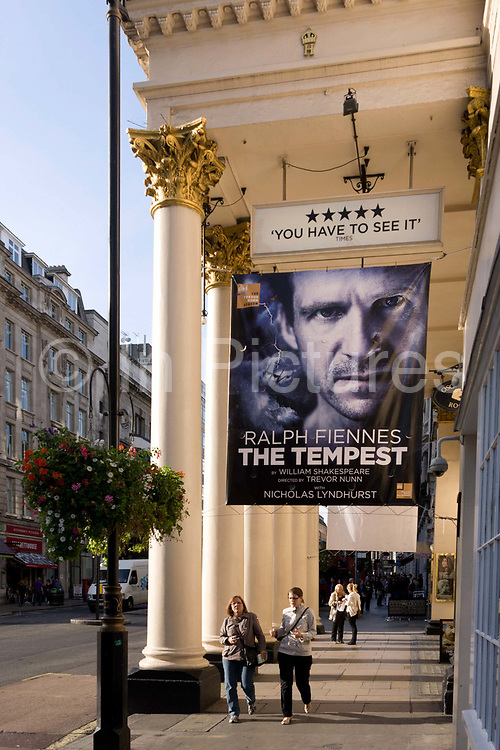