A London youth is busy tagging on windows of a 90s London underground tube train, during an overland section of the capital’s rail system near Ladbroke Grove. Armed with heavy-duty semi-permanent marker pens, the lad is committing the crime of defacement and criminal damage to London Underground property, a persistent problem that costs the transport company network up to £3 million a year to remove. Partitions and glass are being scribbled on with their unique identity signatures used by kids of this age to leave as a mark of their presence, like animals instinctively leave a scent on a street corner. If caught, juvenile delinquents like these may escape with only a caution because of their age but older ones are prosecuted, though some times after leaving many thousands of tags across their neighbourhood. 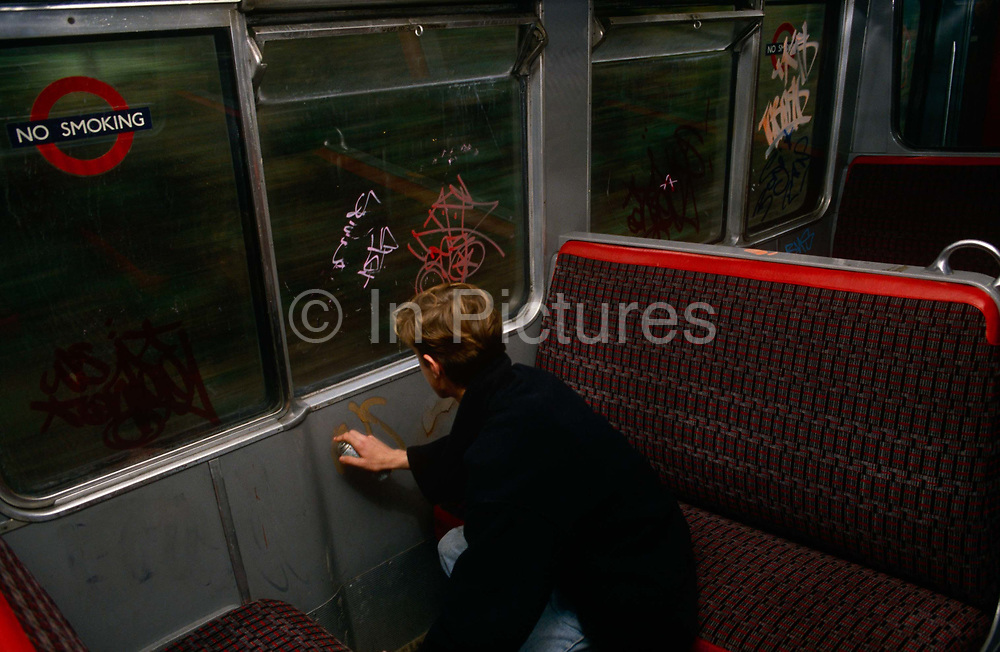