The Brexit Party Campaigns for The European Parliament Elections In Dagenham

Lead London Member of European Parliament MEP candidate for the Brexit Party and CEO of First Property Group Plc, Ben Habib canvasses for the upcoming European elections on the street in Dagenham Heathway, London, England on May 04, 2019. Britain must hold European elections on May 23 or leave the European Union with no deal on June 01 after Brexit was delayed until October 31 2019 after Prime Minister, Theresa May failed to get her Brexit deal approved by Parliament. 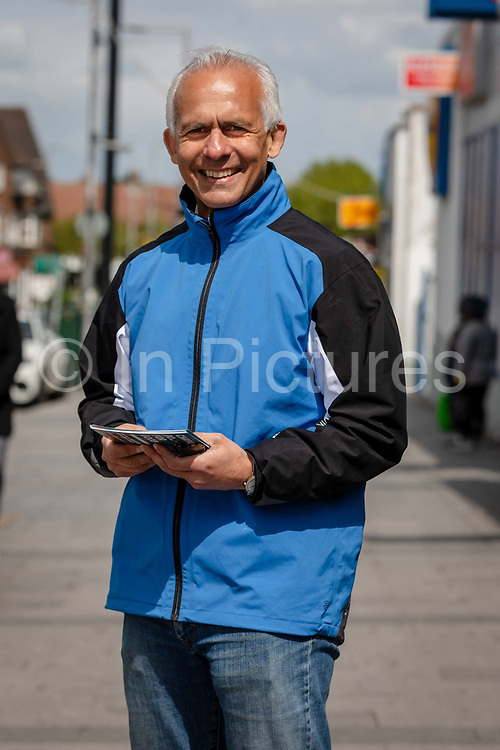