Portrait of Xi Le Li, a Hani ethnic minority woman wearing traditional clothing in Gan Pai Da Zhai village, Yunnan province, China. Costume styles in the past were identified by discrete regions and sub regions, but due to a number of factors some groups are more widely dispersed. This may be due to migration or search for land, and more recently, as a result of re-settlement of groups by the Chinese government, made necessary by the construction of new roads, reservoirs and hydroelectric schemes. The People's Republic of China recognises 55 ethnic minority groups in China in addition to the Han majority. The ethnic minorities form 9.44% of mainland China and Taiwan's total population and the greatest number can be found in Yunnan Province, 34% (25 ethnic groups). 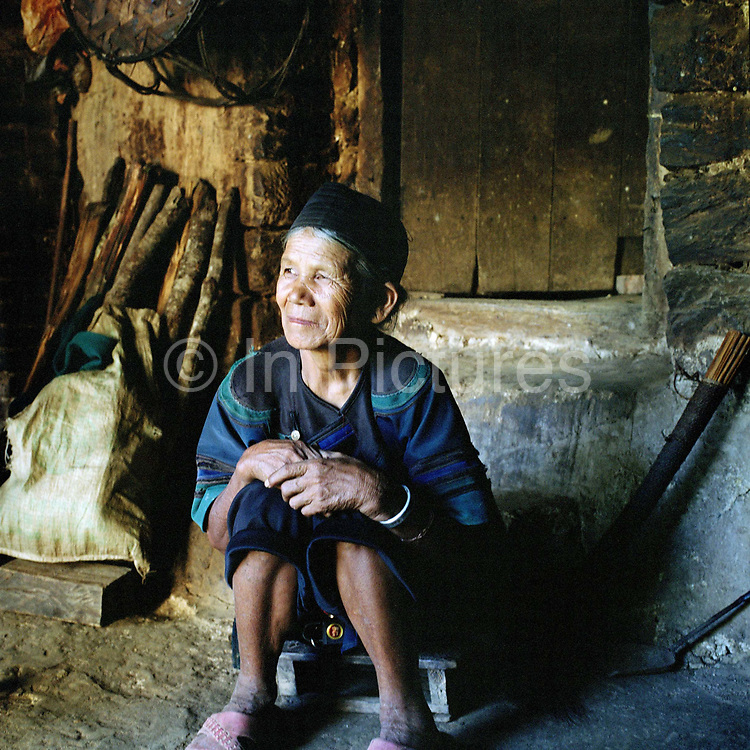