In the foreground we see the strong forearm of a British army soldier whose blood group O-Negative has been tattooed in large letters beneath an image of a Japanese Geisha girl. He also wears a watch with aq green strap matching his working army fatigues uniform. Behind him are two part-time territorial army conscripts who are sitting on their army-issued rucksack Bergens awaiting further orders to serve on active duty from Sandhurst military academy to the Balkans during Operation Resolute, the National Support Element to support NATO action. The dominating figure in the foreground stands upright though we don't see his face. His two conscripts sit on the ground looking dejected or perhaps worried about their forthcoming duties. They are still in civillian clothing, jeans and t-shirts but will soon change into uniform. 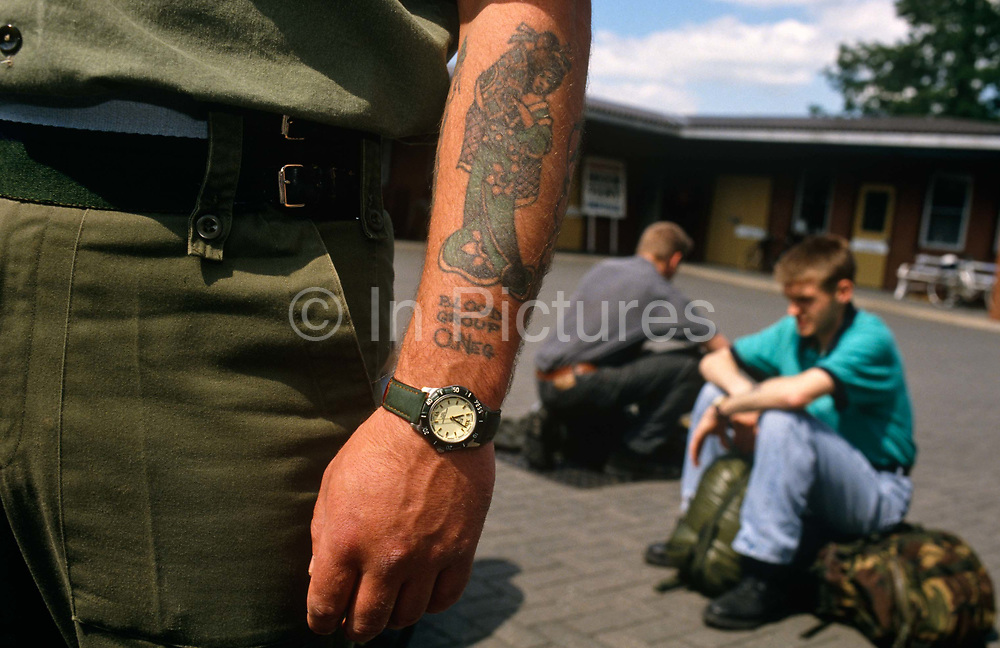