A Sun newspaper reader sits in the sunshine, below a statue in Threadneedle Street with the Bank of England to the left. We look upwards to the young man who wears a red shirt, all-typifying the Working Man in an English society still obsessed with class and status. This in front of the famous Bank of England in the City Of London, the financial district, otherwise known as the Square Mile. With such a wide-angle perspective the bank and its architecture looks powerful and influential in the UK's economy. There is a mixture of architectural eras here, with Sir John Soane's building legacy still a strong economic statement. The Sun is one of Britain's tabloid papers, selling over 3 million copies to mainly working class Britons, with a bias towards the young British male. 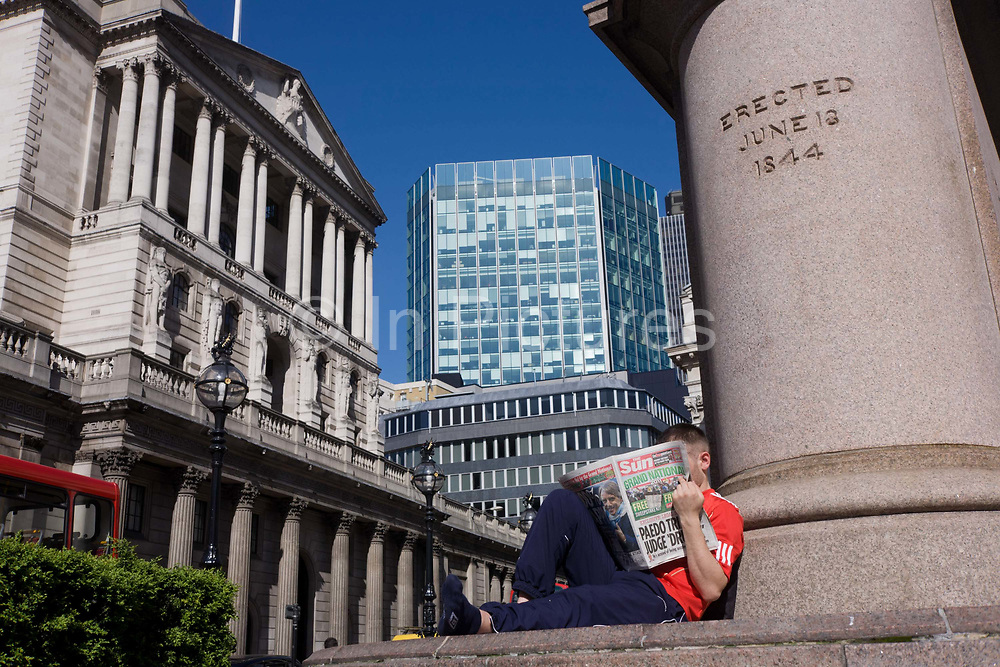