The statue of Sir Thomas Guy stands outside the historical entrance of Guys hospital, on 9th June 2020, in London, England. Thomas Guy 1644 – 1724 was British bookseller, speculator and founder of Guys Hospital, London whose links to the global slave trade is now a controversial aspect of this businessman by anti-slavery activists and more recently, Black Lives Matter protesters. His wealth came through shares in the South Sea Company whose main business was in the selling of slaves from Africa to the Spanish colonies. In 1720 he successfully sold his stock of the company for approx £400 million at todays prices and amassed a large fortune, opening the Guys Hospital in 1725 which today serves as one of the capitals major NHS healthcare centres. In the aftermath of the George Floyd protests in the US and UK Black Lives Matter groups who are calling for the removal of statues and street names with links to the slave trade, Guys and other statues of British slavery owners and profiteers, have become a focus of impassioned protest. 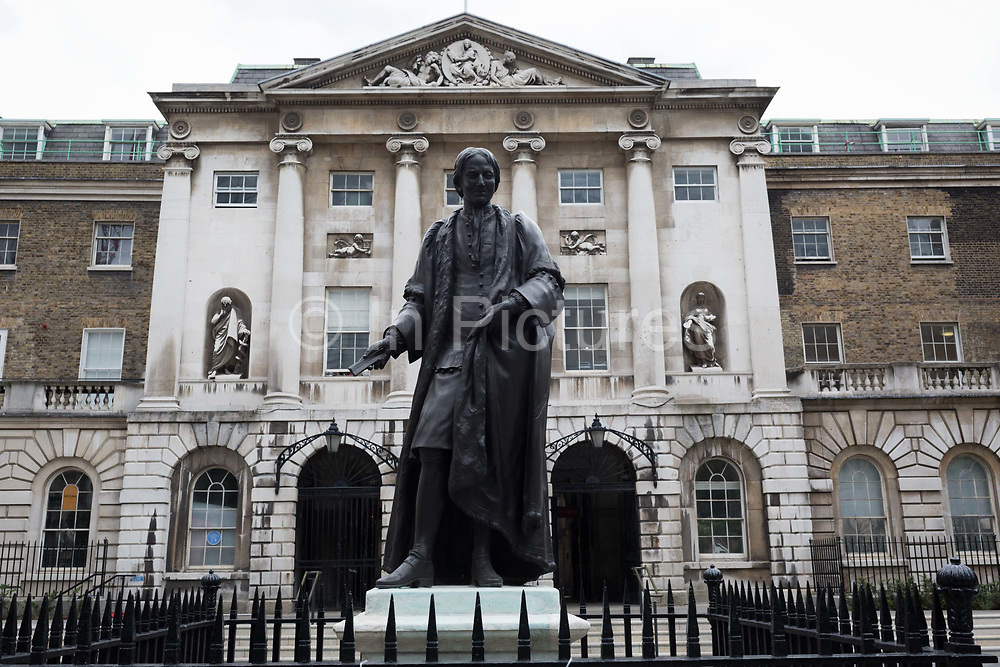