Looking eastwards through 100 year old ash trees, a local game of cricket is played on the green grass of Ruskin Park, Lambeth overlooking the city. As the bowler comes in to deliver a fast ball to the waiting batsman, we see acrossto period Edwardian homes on the 1908 Ruskin Park. Cricket is a bat-and-ball game played between two teams of 11 players on a field, at the centre of which is a rectangular 22-yard long pitch. First played in southern England in the 16th century, one team bats, trying to score as many runs as possible while the other team bowls and fields, trying to dismiss the batsmen and thus limit the runs scored by the batting team. A run is scored by the striking batsman hitting the ball with his bat, running to the opposite end of the pitch and touching the crease there without being dismissed. 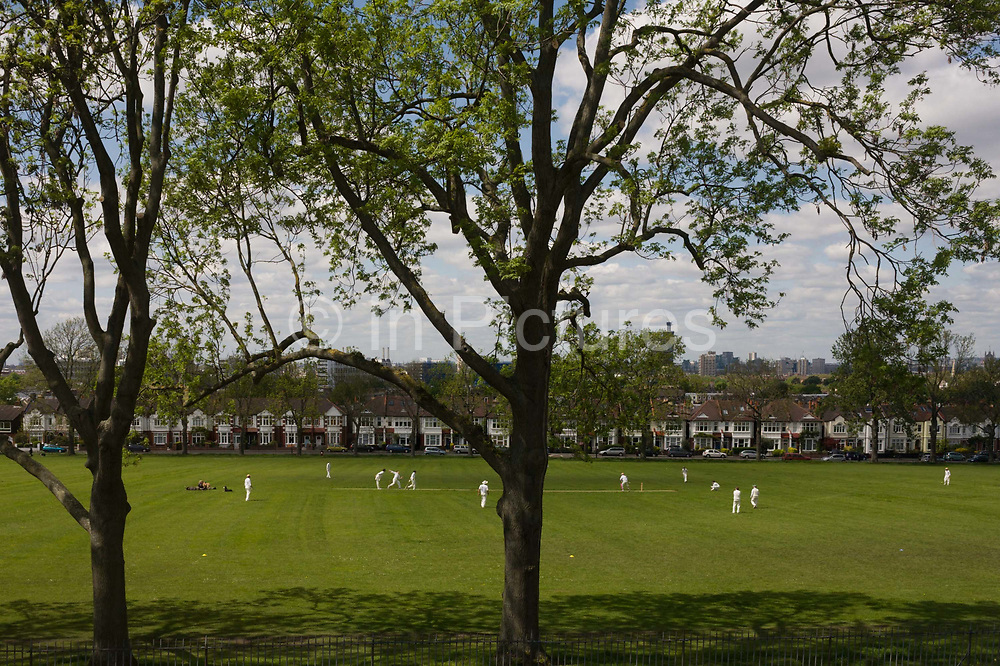