View across the sprawling city of Athens from the summit of Lykavittos Hill in the North Eastern section of the centre of the city. In this direction you can see the Parthenon sitting firmly atop the Acropolis. The spectacular views can be seen in all directions from this vantage point, giving aerial and panoramic views of the vast urban spread of buildings and humanity below. Athens is the capital and largest city of Greece. It dominates the Attica periphery and is one of the world's oldest cities, as its recorded history spans around 3,400 years. Classical Athens was a powerful city-state. A centre for the arts, learning and philosophy. 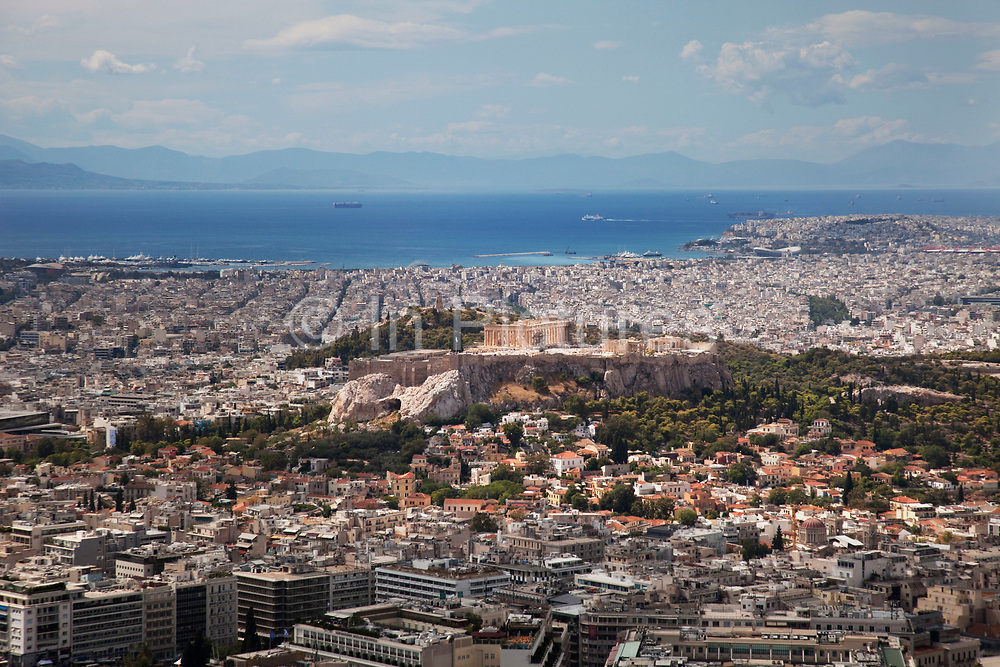