UK - London 2012 Olympics - Police on duty at the main entrance

Police officers from Humberside in the North east of England stand in front of the main entrance to the Olympic Park as a visible presence during the London 2012 Olympics. More than 230 officers from across the Humber region travelled to London to help police the Olympic Games. Holidays were restricted, training reduced and special constables drafted in to provide cover in Hull and the East Riding as officers were sent to London to police the city while the Games are on. Senior officers say they have been working hard to ensure "core policing" across Hull and the East Riding is not weakened. 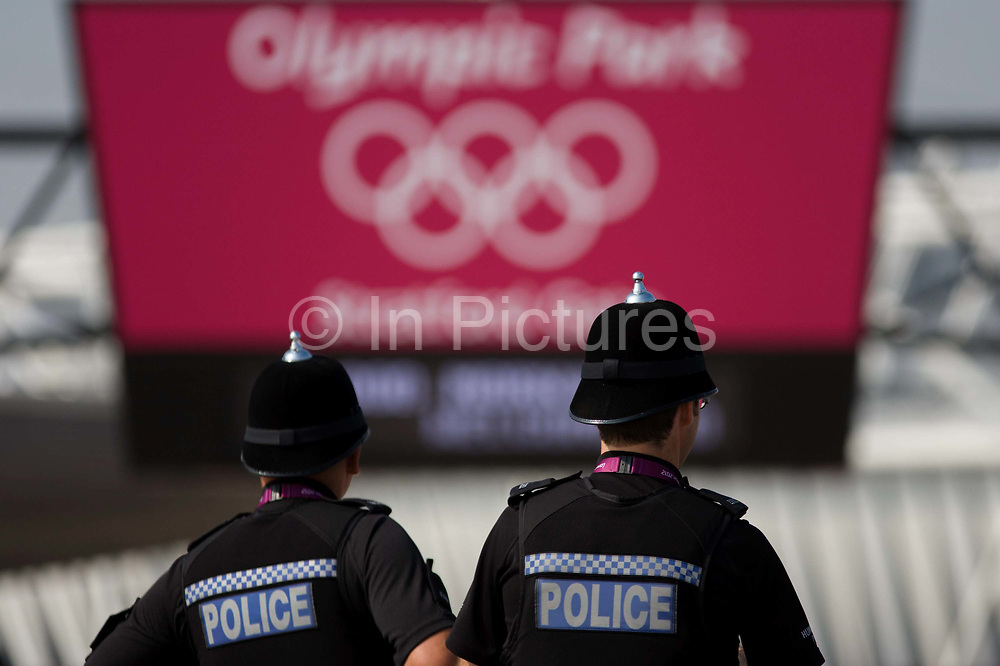