Passing voter and the anti-EU 'UK Independence Party's (UKIP) political billboard shows an escalator leading up the white cliffs of Dover (a metaphor for unrestricted immigration access to Britain) in East Dulwich - a relatively affluent district of south London. The ad is displayed before European elections on 22nd May and UKIP's controversial right-wing policy of no foreigners into the UK to take British jobs, is promising to do well in the forthcoming election. 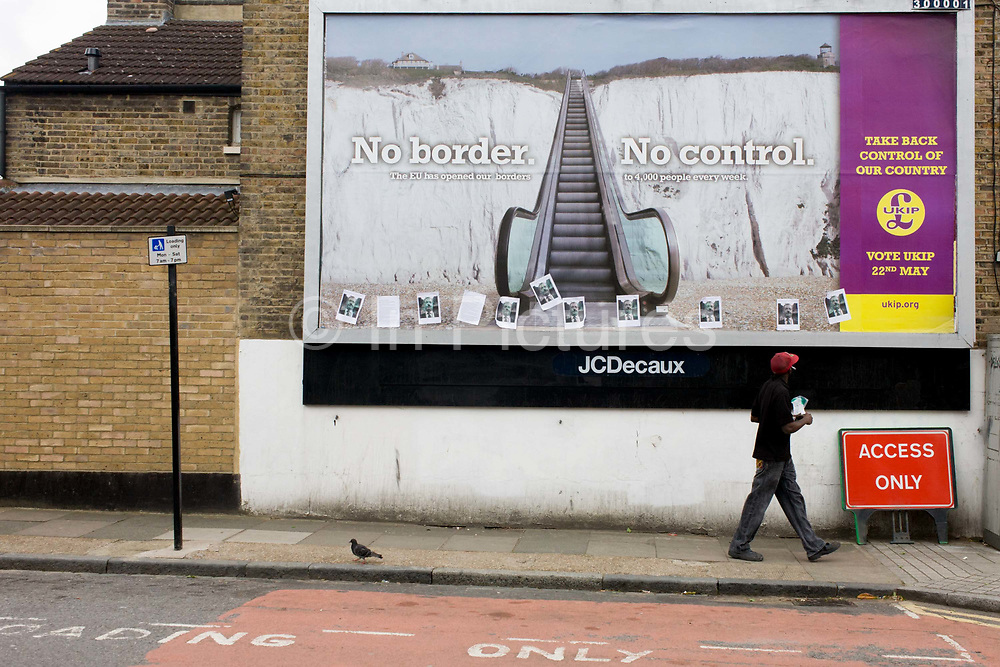