Union members from the Public and Commercial Services Union PCS stage a protest and picket line on December, 21 2018 at the Tower of London in London, England where some staff, including Beefeaters have walked out and are striking over changes to their defined benefits pension scheme. Historic Royal Palaces manages six of the UK’s royal palaces, including the Tower of London, Kensington Palace and Hampton Court Palace where strike action is also taking place and a further three walkouts are scheduled for next year. 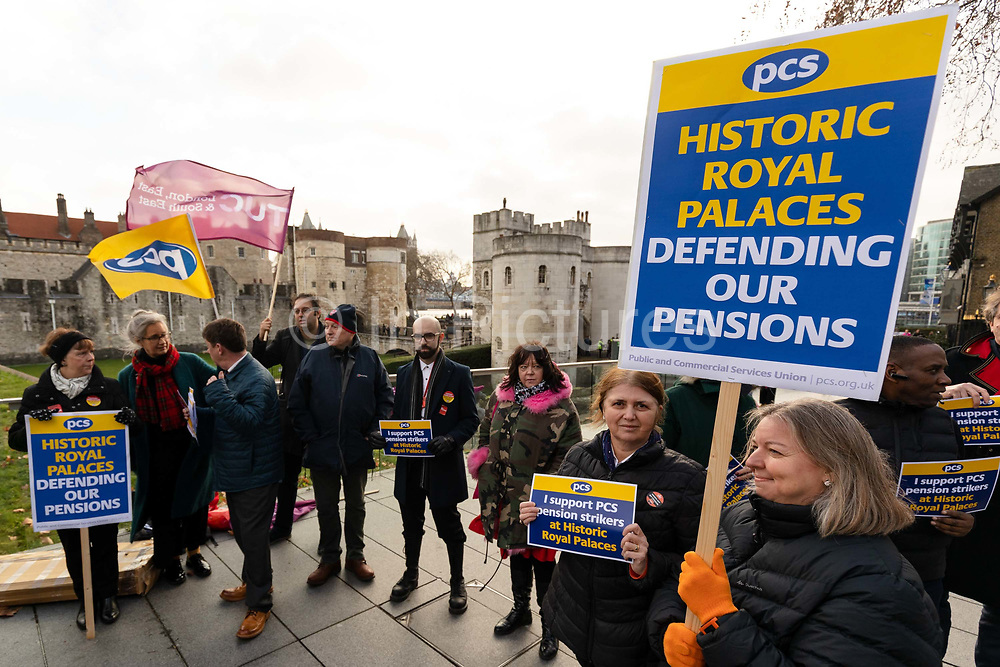