A woman brutally injured by rebels in an unsuccessful attempt to cut off her arm. The arm is now completely lifeless. The amputees carry the visible scars of the Sierra Leonian conflict on their bodies - a constant and painful reminder of the cruelty and damaged psyches of the years of war. Makeni, Sierra Leone 2004
Rebel forces, the Revolutionary United Front in Sierra Leone, systematically murdered, mutilated, and raped civilians during the country's civil war as a policy of terror 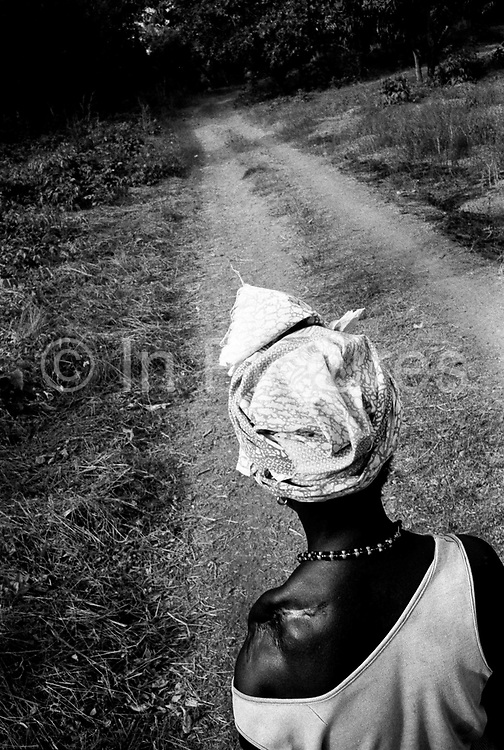