Leader of the Labour party, Neil Kinnock and wife Glenys campaign during the 1992 election on 5th May 1992, in London, UK. Labour made considerable progress in the election that year reducing the Conservative majority to just 21 seats. It came as a shock to many when the Conservatives won a majority, but the triumphalism perceived by some observers of a Labour party rally in Sheffield may have helped put floating voters off. Neil Gordon Kinnock, Baron Kinnock PC b1942 is a British Labour Party politician. He served as a Member of Parliament from 1970 until 1995, first for Bedwellty and then for Islwyn. He was the Leader of the Labour Party and Leader of the Opposition from 1983 until 1992, making him the longest-serving Leader of the Opposition in British political history. 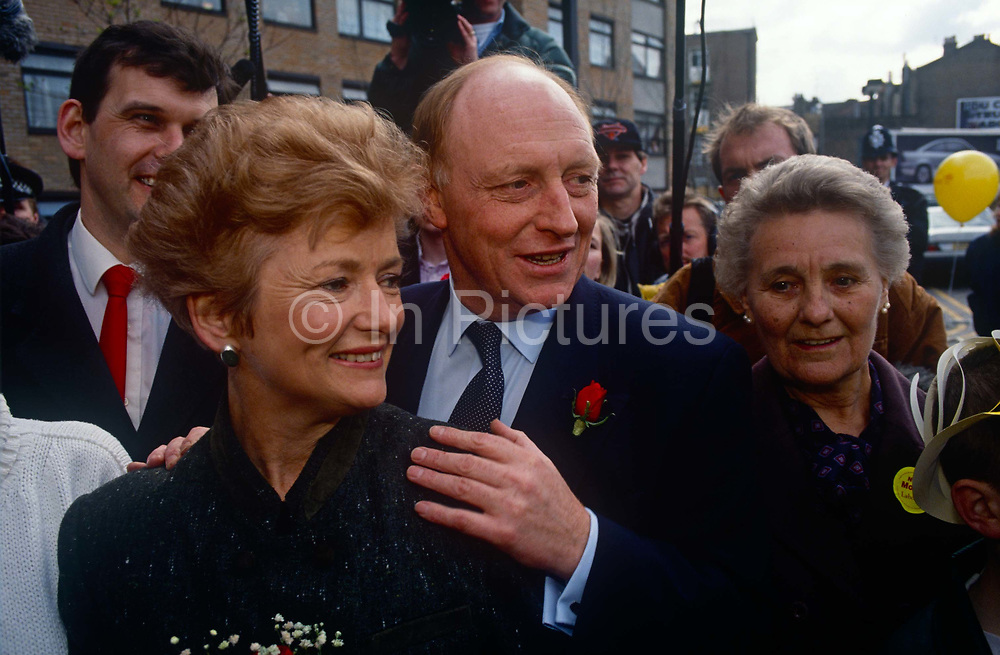