Portrait of educational motivator and role model at Kids Company, David Gustave. David mentors the troubled youth of Peckham in south London. David is of mixed Irish and St. Lucian heritage, raised in a mostly white working-class neighbourhood in London where he was forced to confront racism in the form of verbal and physical abuse. After a troubled youth himself, he found a way to study history at Wadham College, Oxford. Winning scholarships from the Middle Temple to pursue a career at the Bar (law). He then decided to make a difference and impart his knowledge at a street-level. For the past 4 years Gustave has been working with young gang members. He has been described as a ‘Social Visionary’. 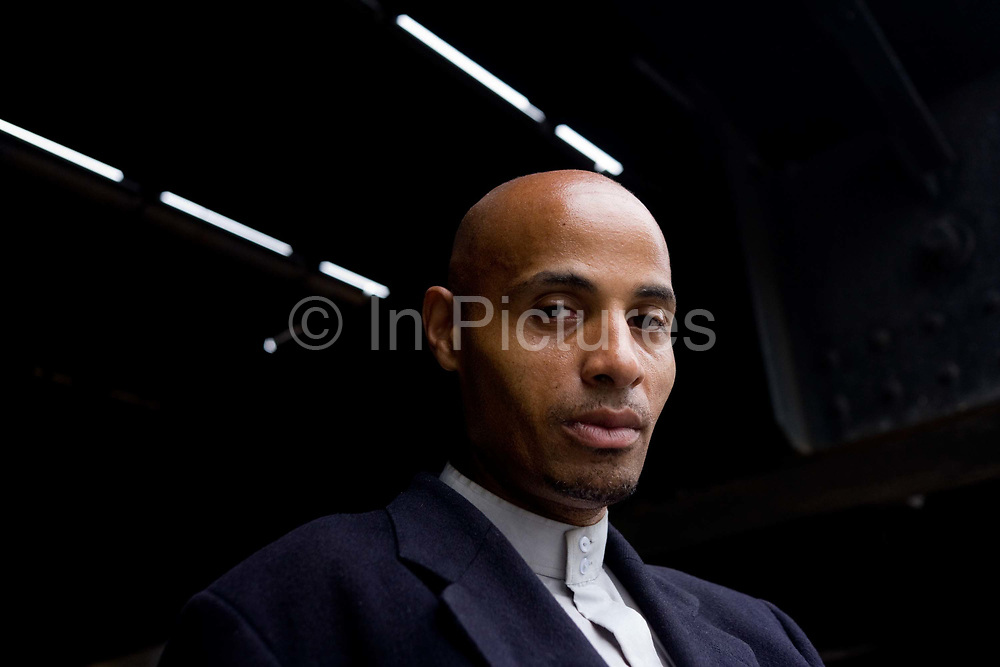