Seen from a low angle at the side of the track, near where grass and daisies grow, a speeding Eurostar TGV train hurtles towards the viewer, blurring as it comes towards us. This is the Kent countryside, otherwise known as the fertile Garden of England, and the route for high-speed trains that ply back and forth between western Europe and London St Pancras. This international passenger service was made possible by the completion of the Channel Tunnel in 1994 operating eighteen-carriage Class 373 trains which run at up to 300 kilometres per hour (186 mph) on a network of high-speed lines. Eurostar is operated by the national railway companies of France and Belguim, SNCF and SNCB, and by Eurostar (UK) Ltd (EUKL), a subsidiary of London and Continental Railways (LCR) which in turn also owns the high-speed infrastructure and stations on the British side. 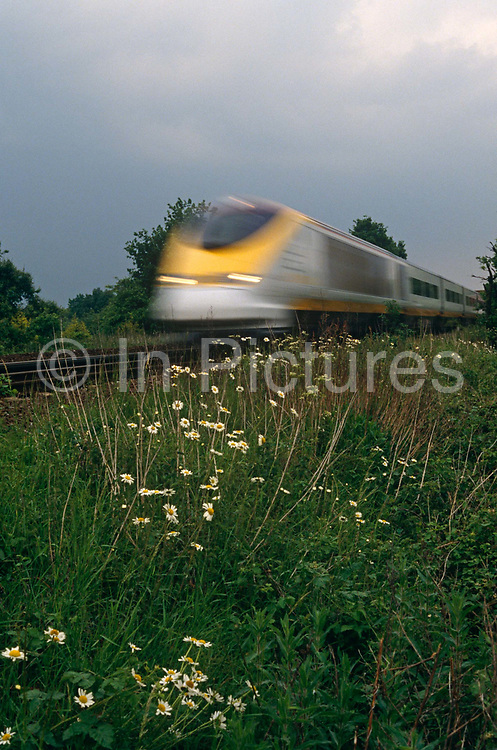