War memorial to those killed in WW2 in the Dolomites resort town of San Cassiano-St. Kassian in south Tyrol, Italy. Hitler's pact of non-aggression with Mussolini meant south Tyroleans often served in the German Wehrmacht and cemeteries now describe their demise in battles across the theatres of war at that time. We see the name of an officer with an Italian name killed in Russia. Under Hitler's offer, 86% of citizens from this region of Italy opted to return to the Fatherland and by the end of the war, 75,000 did so. 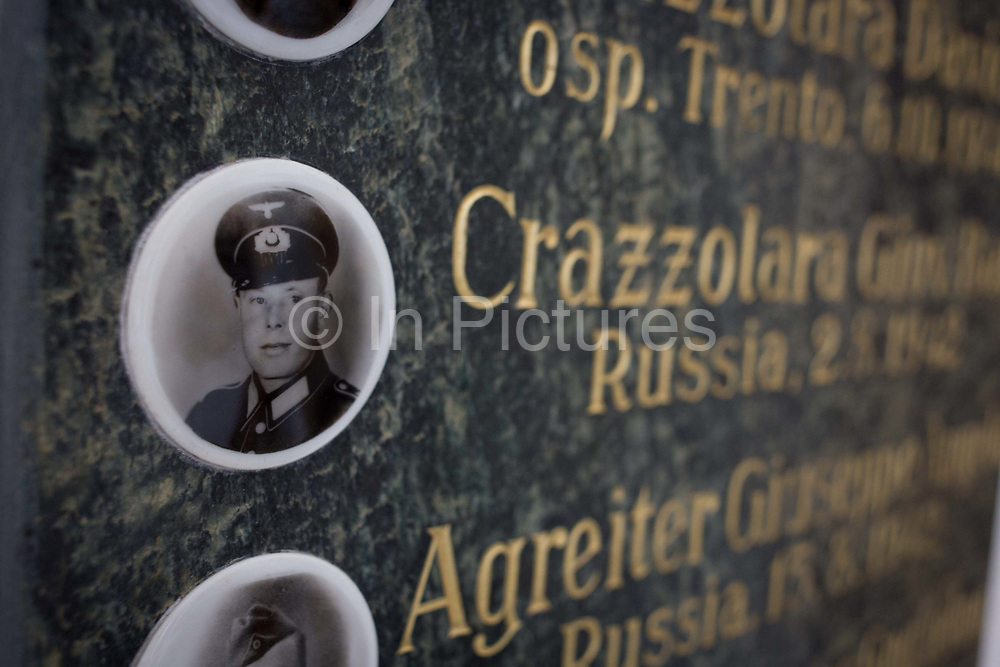