Sisters Esther and Bella Freud are seen together. Both are daughters of the artist Lucian Freud and the great granddaughter of Sigmund Freud. Novelist Esther Freud (left) trained as an actress, appearing in and writing TV and theatre productions and named one of the 20 'Best of Young British Novelists 2' by Granta magazine in 1993. Her debut novel, Hideous Kinky (1992) was followed by Peerless Flats (1993), Esther lives in London and Southwold, Suffolk. Her most recent novel is Love Falls (2007). Bella Freud (right) is known for her womens' fashion label, though she is currently focussing on knitwear, producing beautiful collections of sweaters in limited numbers each season. For Autumn/ Winter 2005 Bella’s knitwear range has expanded to include menswear for the first time ever with a capsule collection of four sweater designs for men. 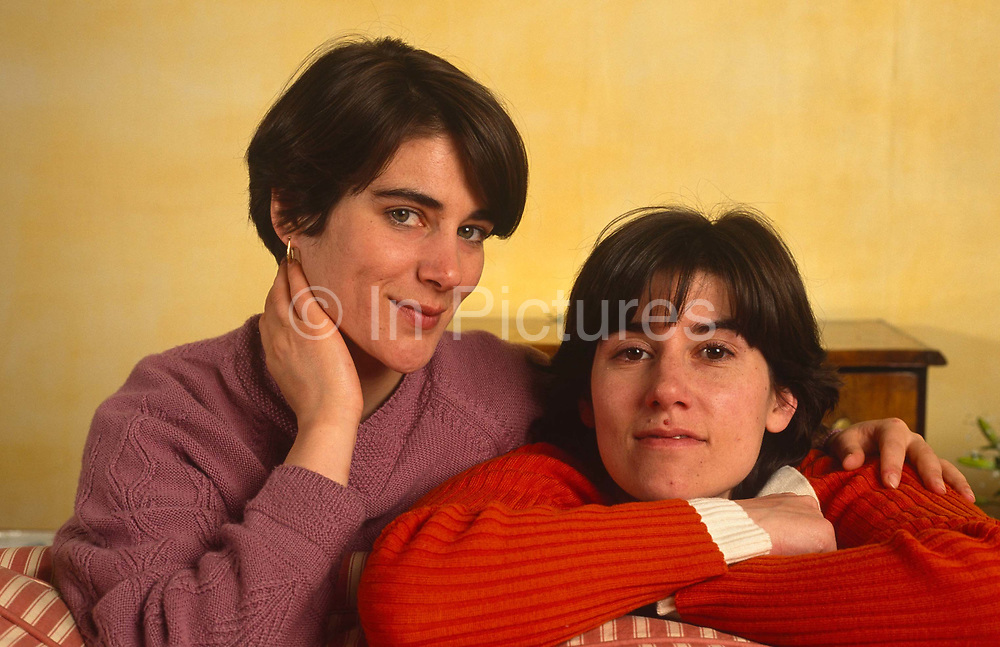