A guardsman of an unknown regiment, stands on ceremonial duty in the Mall during celebrations of the Queen's official Golden Jubilee in June 2002. The soldier in resplendent red tunic and the controversial bearskin is an iconic emblem of Britain's armed forces during official events. But the officer may be a Grenadier or a Welsh Guard who share similar uniforms and perform similar duties in London. We see over his shoulder on which his regimental insignia is and also where the bayonet of his weapon is fixed and dangerously sharp. He is a sergeant major and therefore responsible for other soldiers' rank and files. The Grenadier Guards (GREN GDS) is the most senior regiment of the Guards Division of the British Army, and, as such, is the most senior regiment of infantry. The Grenadier Guards celebrated its 350th anniversary in 2006. 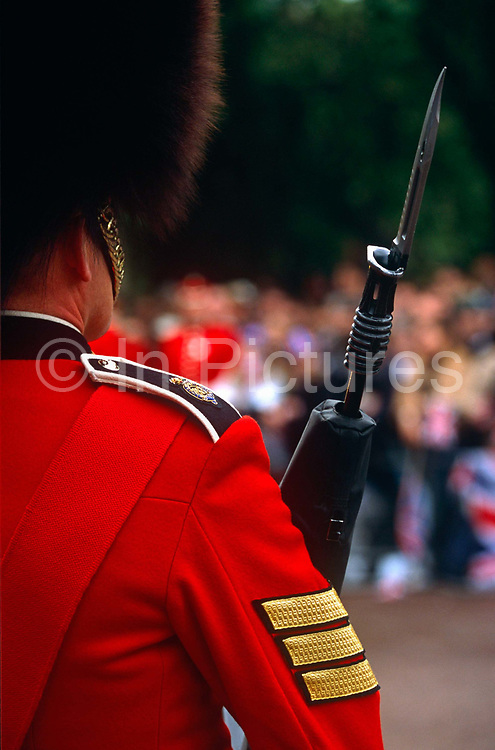