Children play in a desolate street in the town of Nova Huta. Amid the filthy walls of their tenement building home and of the grim, car less street beyond, two older children play in their doorway while younger friends peer from around a corner. It is horribly depressing and unhealthy place to grow up and these children are pale and yet seem happy, with smiles on their faces. The famous steel works can be seen st the end of the street. After the war, Stalin decided to build an ideological communist fantasy just outside Krakow: a model town and immense steelworks of the future. The steelworks was named after Lenin and the town would be called Nova Huta. At its peak, 27,000 people worked at the Lenin Steelworks. But Solidarity grew strong forcing strikes over pay and recognition over their union. Today, it is an economic and ecological disaster area. 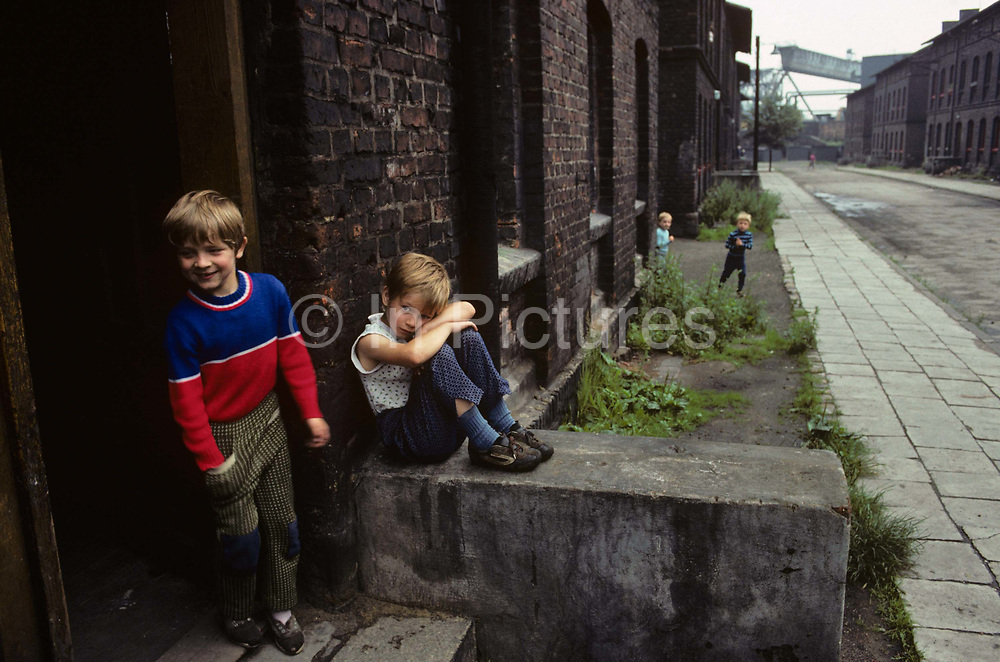