A British Army Gurkha soldier instructs his men during an exercise on Salisbury Plain, the army's infantry training ground. Standing below his men who have lined up on an artificial bank in this military facility in the Wiltshire countryside. Here, the army trains men for urban warfare and a fake village, complete with streets and houses accommodate the soldiers during practice fire-fights. The men here are listening to a brief from a senior officer, hearing the nature of the next exercise and listening intently to his instructions. The officer belongs to the Gurkha Regiment, an elite force of men recruited from the foothills, plains and cities of Nepal and have served within the British army since 1857. 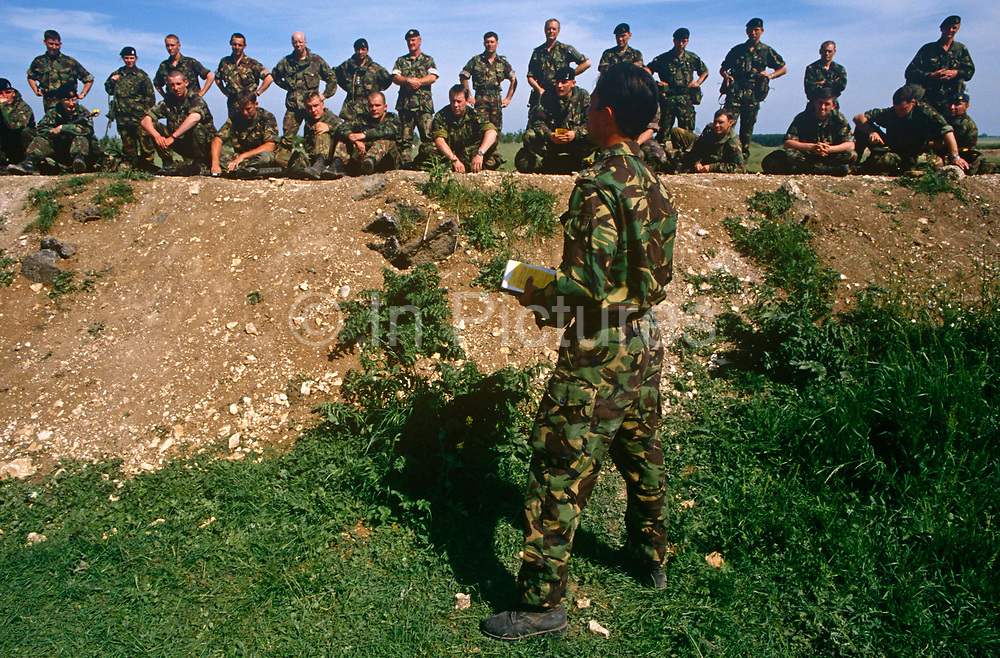