Fatima, age nine, daughter of Nemat Khalil poses briefly for this picture in Murad Khane as she is late for class at the local primary where she is in third grade. The school was recently built with the support of Turquoise Mountain. It is rare to see such a confident smile on an Afghan child and a sign that maybe the work the charity is doing is having very good effects in the local community.

Murad Khane, the ancient centre of Kabul is undergoing a massive regeneration thanks to the Turquoise Mountain Foundation. The foundation was set up by Steward Rory Stewart, the man who’s life has inspired a Hollywood biopic starring Orlando Bloom. He walked across Afghanistan with his dog, governed a province in Iraq , tutored Prince William and Harry and was asked personally by Prince Charles to undertake the project of regenerating the heart of the old city centre. Two years later, the project has galvanized the local community who have all been offered work. The organization has cleared some 20,000 tons of rotting garbage from the streets, built a primary school, a clinic and restored several of the finest courtyard homes to near-mint condition. With an eye for capacity building Stewart has also developed a school for traditional crafts, 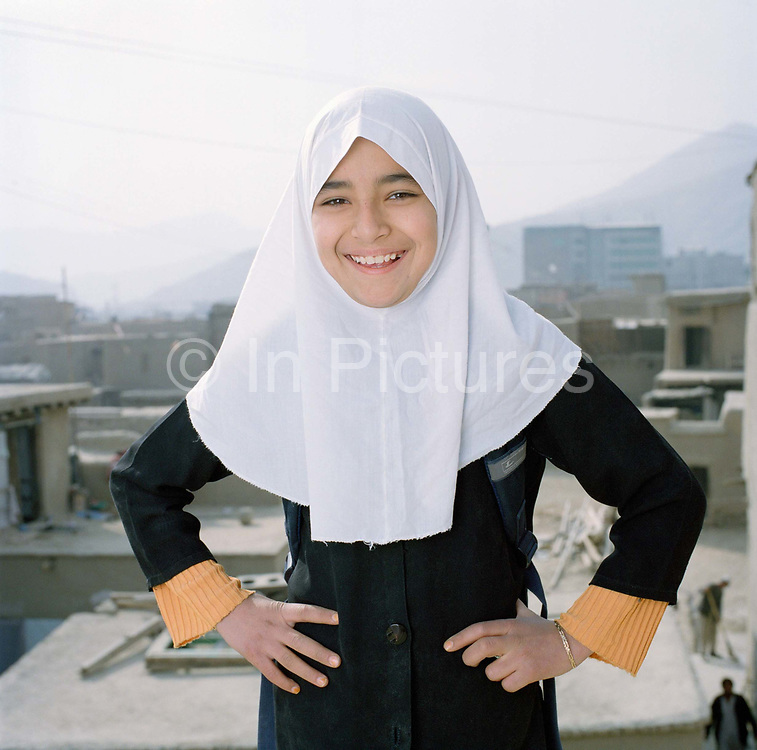