Older woman and younger girls in front of poster for Mamma Mia musical in London's West End. Wearing a similar purple to the show's poster, a young girl stands aside from the others, one holding a plastic bag with the production's title. The mother fiddles with a camera or smartphone before they all go into the Novello Theatre in London's Drury Lane to watch the spectacular. Mamma Mia is named after Swedish 70s pop group Abba's hit song which has become a massive film and stage show. 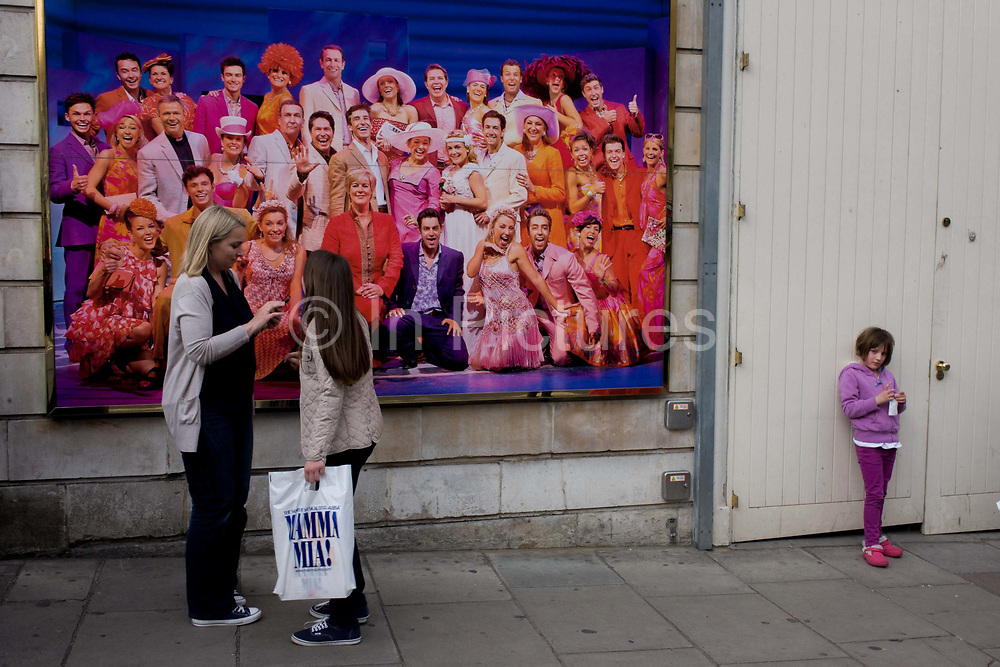