An Akha subsistence farmer scores opium poppies in an upland field in remote Phongsaly province, Lao PDR. After the petals fall from the opium poppy, the heads are incised with a 4 bladed tool; the tool is used to score the skin lightly from top to bottom. During the day, the sap oozes out of the cuts and hangs in tears on the poppy head. The next day the sap is then scraped into a metal container. As recently as 1998, Lao PDR was the third largest illicit opium poppy producer in the world. From 1998 to 2005, opium poppy cultivation in Lao PDR was reduced by 93 per cent. In more remote areas where cash crops are not viable, surveys from UNODC have shown that between 2008 and 2011 the area under opium poppy cultivation has doubled and continues to rise. 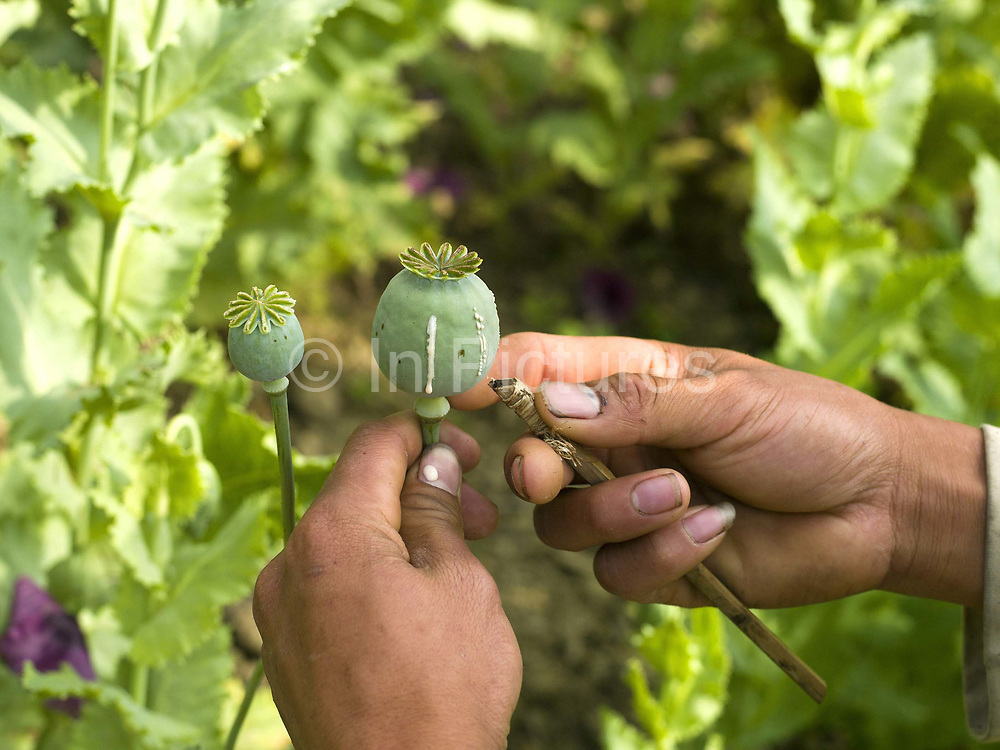