The Parnell Monument to Irish nationalist leader Charles Stewart Parnell, O'Connell Street, Dublin. With an inscription written in English above his head and next to an Irish harp, we see the statue of this great Irish statesman with an arm raised. Charles Stewart Parnell (1846 – 1891) was an Irish landlord, nationalist political leader, land reform agitator, and the founder and leader of the Irish Parliamentary Party. He was one of the most important figures in 19th century Great Britain and Ireland, and was described by Prime Minister William Gladstone as the most remarkable person he had ever met. 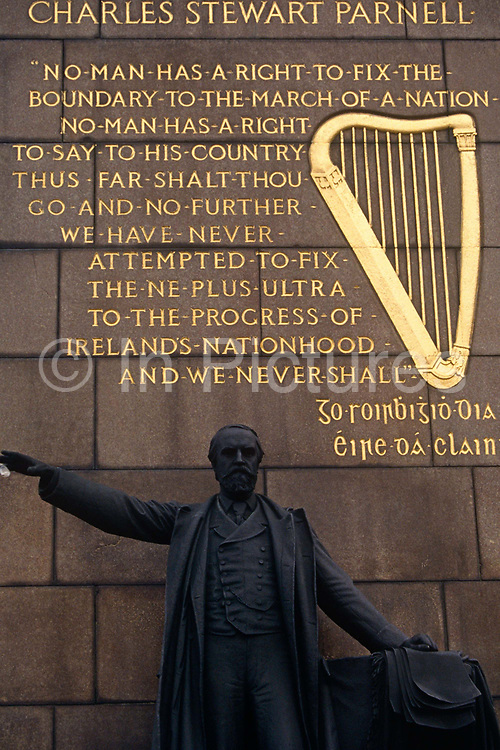