A Muslim mother with her children walks past the mural of iconic musician and singer David Bowie has appeared on the wall of Morleys department store in Brixton, Lambeth, south London. The Bowie face is sourced (by an unknown artist) from the cover of his 1973 album Aladdin Sane at the height of his 1970s fame. The pop icon lived at 40 Stansfield Road, Brixton, from his birth in 1947 until 1953. This cover appeared in Rolling Stone’s list of the 500 greatest albums of all time, making #277. 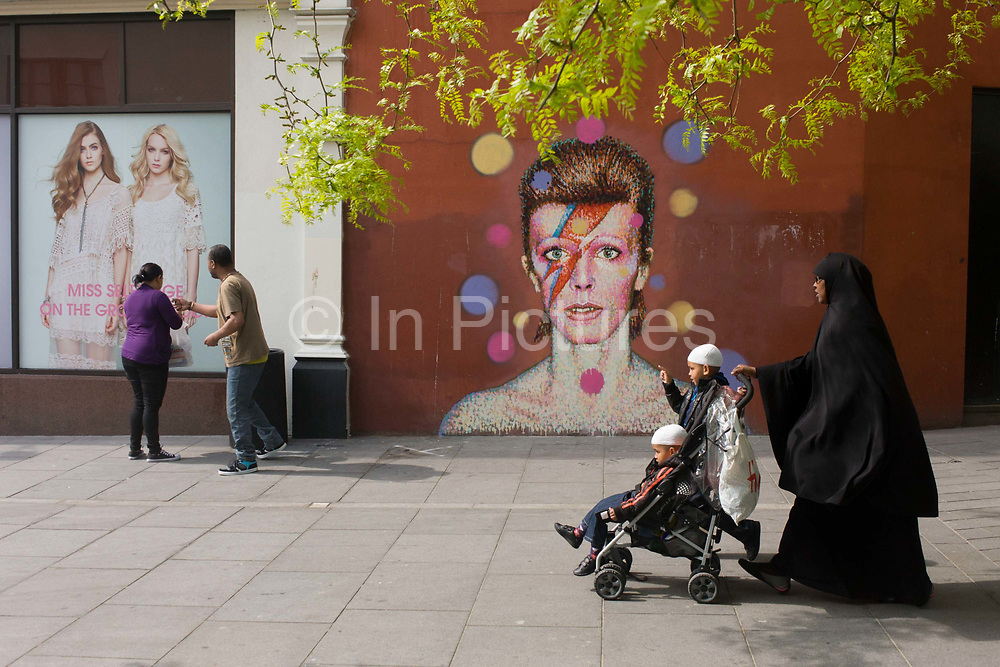