The Royal Yacht (HMY) Britannia visits the Thames at Tower Bridge to honour the Queen Mother's 90th birthday in Aug 1990. Moored midstream in the river, she sits alongside a Royal Navy warship and the WW2-era HMS Belfast. Her Majesty's Yacht Britannia was the former Royal Yacht of the British monarch, Queen Elizabeth II. She was the 83rd such vessel since the restoration of King Charles II in 1660. She is the second Royal yacht to bear the name, the first being the famous racing cutter built for The Prince of Wales in 1893. Following Labour's victory on 1 May 1997 it was announced that the vessel would be retired and no replacement would be built. She is now permanently moored as an exhibition ship at Ocean Terminal, Leith, Edinburgh, Scotland. 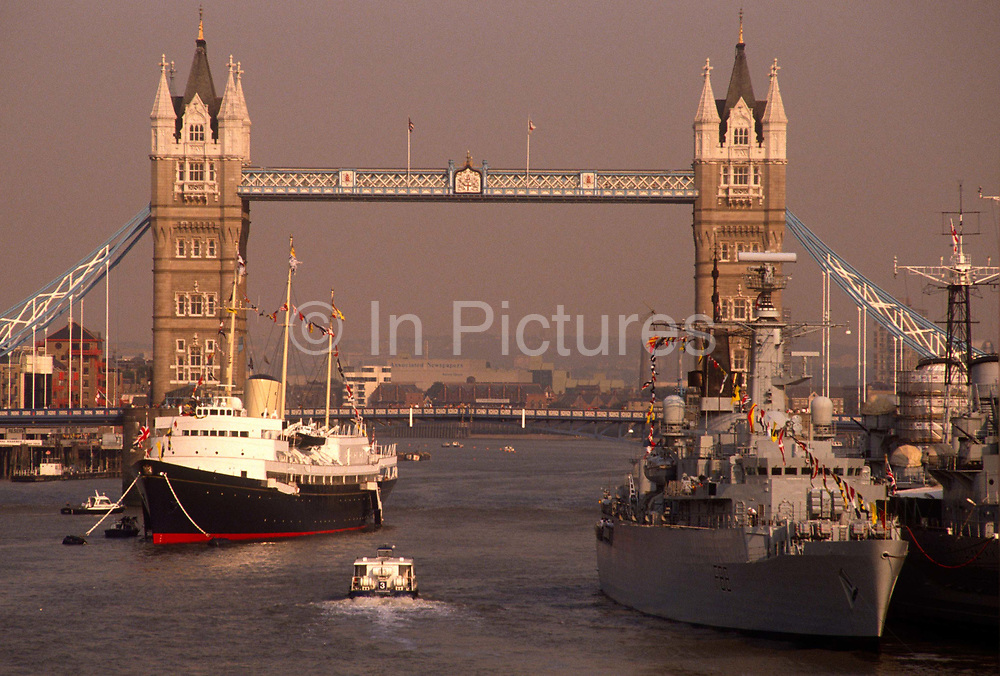