Londoners cross southbound over London Bridge during the evening rush hour. A young woman wears bright, stylish, clothing, a personal fashion statement on this trendy lady. Passing a city map pillar and the wall of
some Eighties architecture at Number One, London Bridge. Commuters stride alongside others walking out of the City of London. There has been a crossing over the Thames here since the Romans first forded the river in the early 1st Century with subsequent medieval and Victorian stone bridges becoming an important thoroughfare from the City on the north bank, to Southwark on the south where transport hubs such as the mainline station gets commuters to the suburbs and satellite towns. 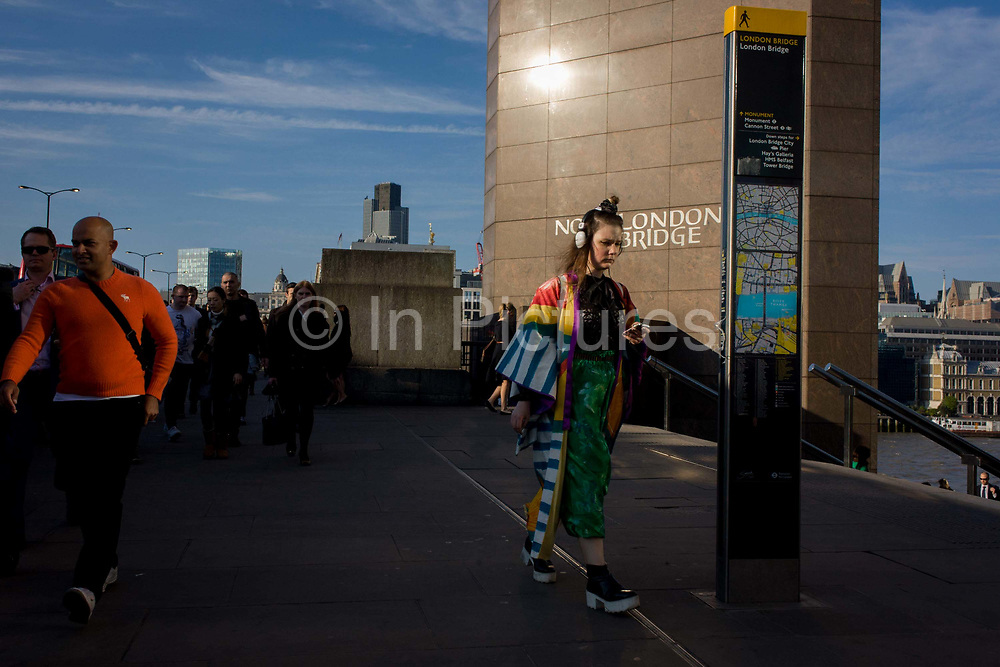