A detail of an ill-fated Comet airliner door now confined to the ground at the Imperial War Museum at Duxford, England. Peeling paint and a make-shift padlock shows this museum piece's age and exposure to the outside elements. A year after entering commercial service the Comets began suffering problems, with three of them breaking up during mid-flight in well-publicised accidents. This was later found to be due to catastrophic metal fatigue, not well understood at the time, in the airframes. The Comet was withdrawn from service and extensively tested to discover the cause; the first incident had been incorrectly blamed on adverse weather. 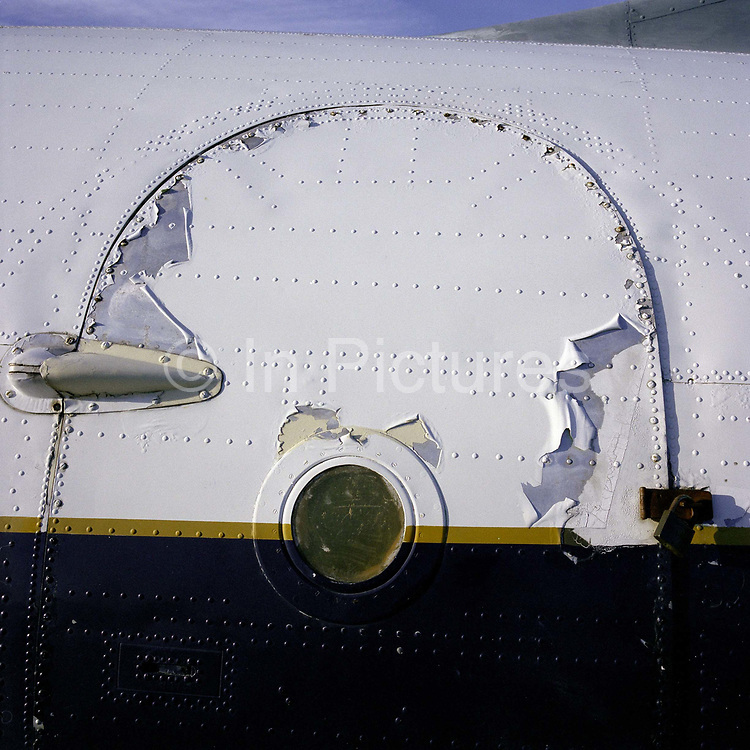