Scene at the end of the Grand Union Canal, on the Digbeth Branch Canal very close to the city centre where old, crumbling buildings provide a foreground to a modern city and the iconic Rotunda building on 3rd August 2020 in Birmingham, United Kingdom. Birmingham has around 35 miles of canals, said to be more than in Venice, and are very much a reminder of a Birminghams industrial heritage. During the Industrial Revolution these canals were busy, transporting heavy goods like coal, iron, while playing a pivotal role in the development of Birmingham as an industrial powerhouse. 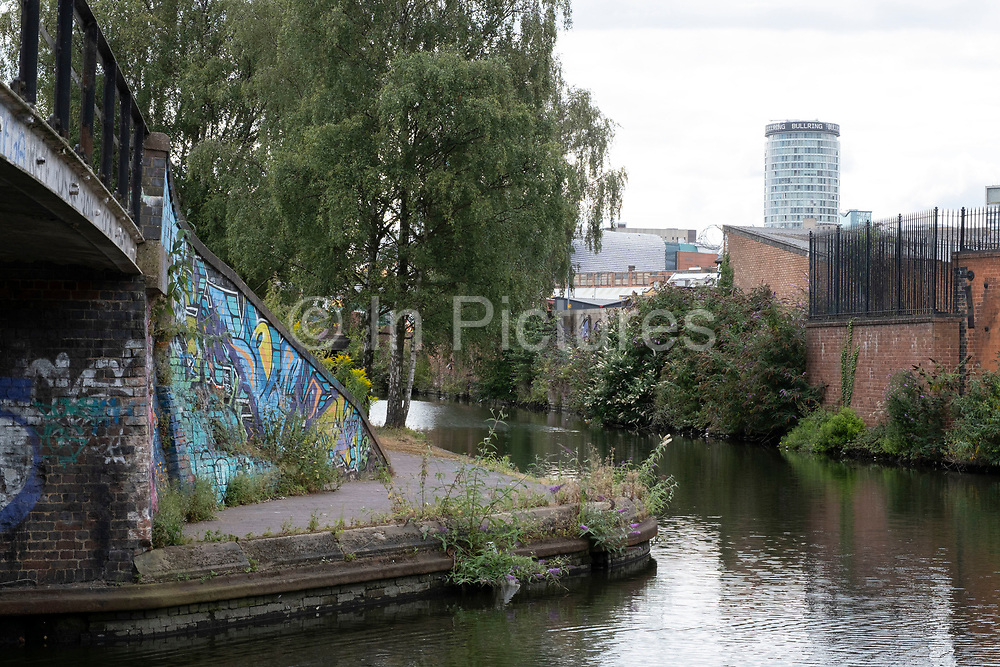