Santeria is a syncretic religion practiced in Cuba, it is a mixture of Yoruba tribal practices brought from Nigeria during Colonial times, and traditional Catholic beliefs. During this time, the slaves used the images of saints to cover up their worship of the Orishas (spirits). The religion grew in social centres called Cabildos. The Cabildo pictured is one of the oldest in Cuba, it is in Palmira; widely regarded as the birthplace of Santeria. 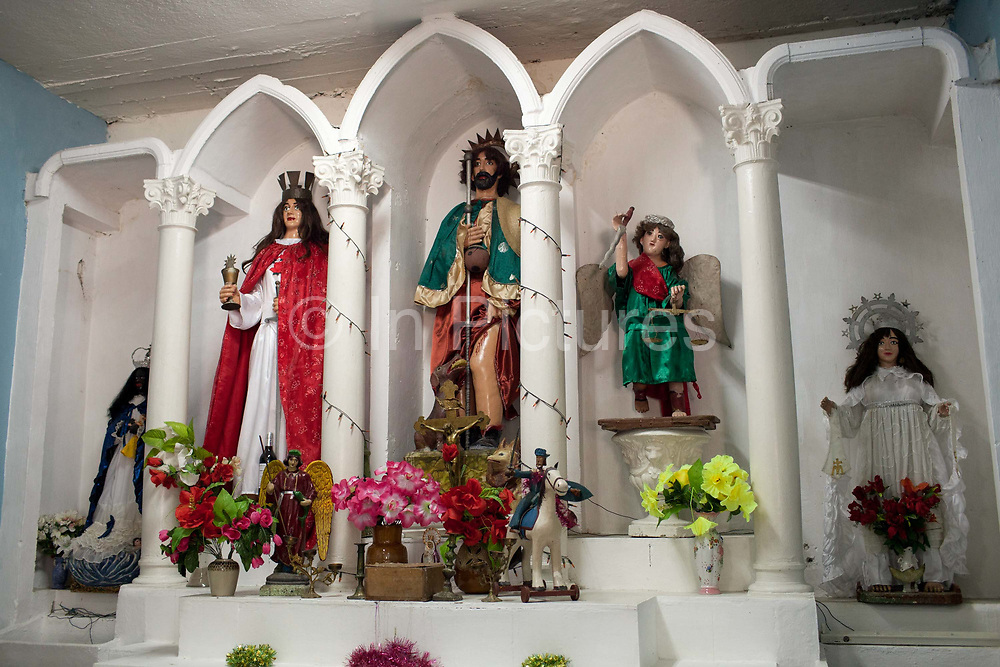