Mosaic representations of Roman animals in the abandoned city of Italica, near Seville. The central mosaic in the House of the Bird Mosaic which is the most Italian of all houses excavated in Italica, consists of thirty-five small square mosaics that surround a larger, central square scene. The city of Italica (Spanish: Itálica; north of modern day Santiponce, 9 km NW of Seville, Spain) was founded in 206 BC by the Roman general Publius Cornelius Scipio Africanus in order to settle Roman soldiers wounded in the Battle of Ilipa, where the Carthaginian army was defeated during the Second Punic War. The name Italica bound the colonia to their Italian origins. Italica was the birthplace of Roman emperor Trajan. 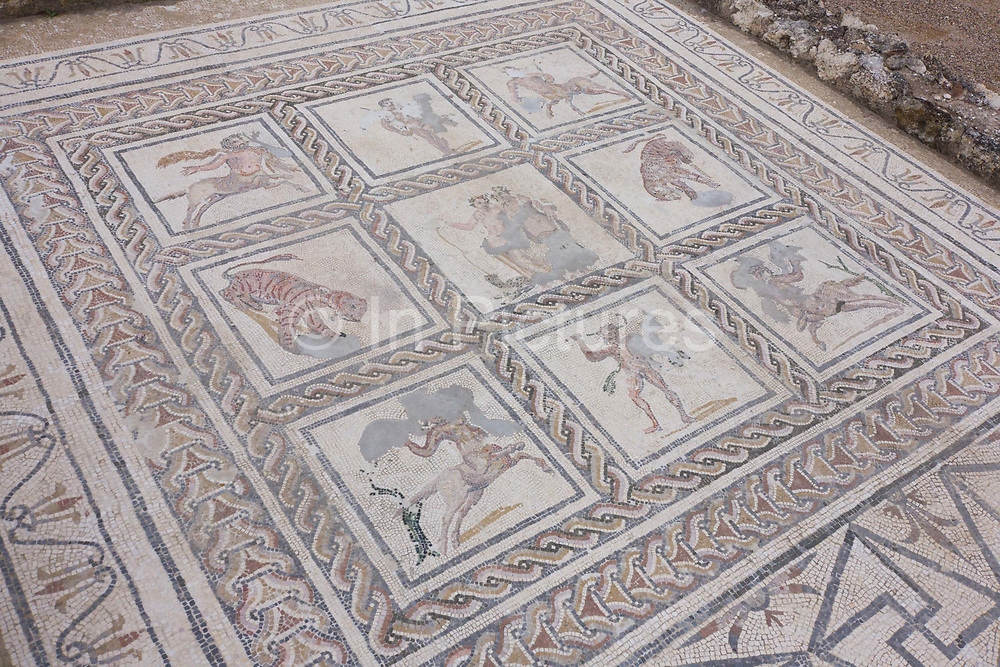