Persian Gulf - Kuwait - US Navy personnel on US aircraft carrier

US Navy personnel line-up for a below-deck briefing on the aircraft carrier USS Harry S Truman. Launched on 7 September 1996 and costing US$4.5 billion, the Truman (CVN-75) is the eighth Nimitz-class supercarrier of the United States Navy, named after the 33rd President of the United States, Harry S. Truman. The Truman is the largest of the US Navy's fleet of new generation carriers, a 97,000 ton floating city with a crew of 5,137, 650 are women. 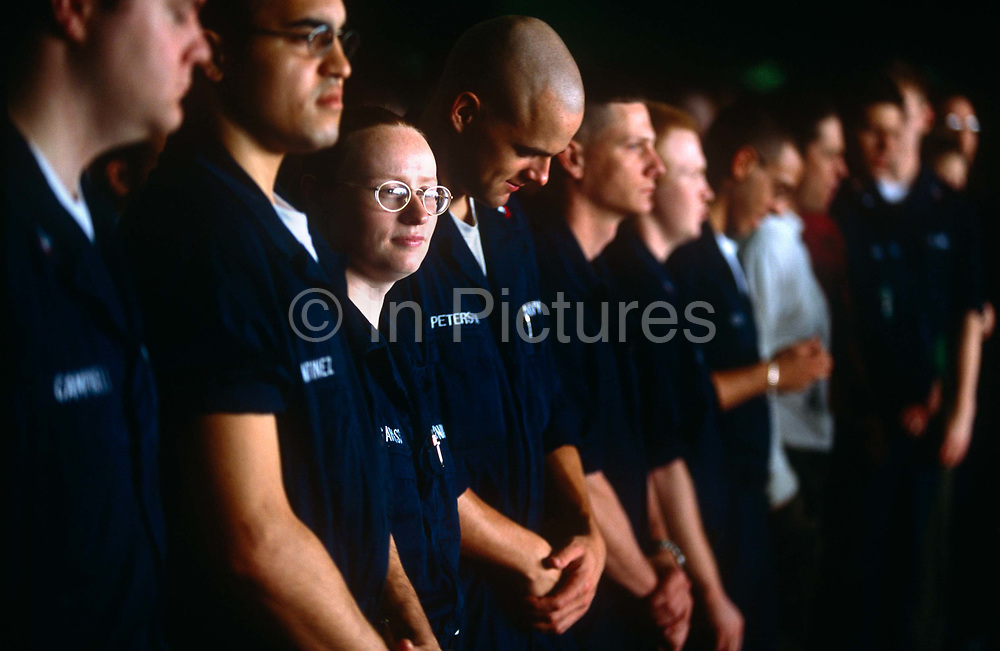