The recently relocated village of Ban Thong Chalern in Sayaboury province, Lao PDR. Ban Thong Chalern consists of three villages (Khmu and Lao Loum) which have been joined together due to relocation because of the ongoing construction of the Xayaburi Dam in Northern Laos. The Xayaburi Dam is a hydroelectric dam under construction on the Lower Mekong River approximately 30 kilometres east of Xayaburi town in Northern Laos. The project is surrounded in controversy due to complaints from downstream riparians and environmentalists that the dam would cause significant and irreversible damage to the river's ecosystem. Funded by a Thai company, 90% of the electricity produced by the dam has already been pre-sold to Thailand. 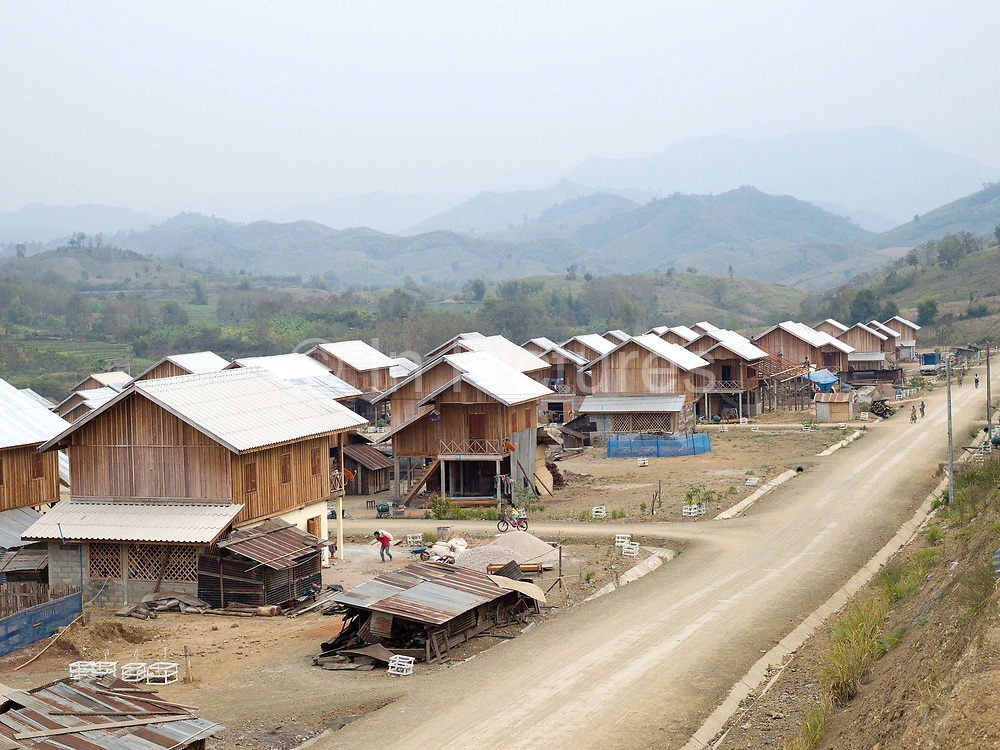