Donations of food, water, clothing and toiletries are collected at a make shift help / drop off point following a blaze at Grenfell Tower near Notting Hill on 14th June 2017 in West London, United Kingdom. The huge fire engulfed the tower block, trapping many people in their homes. A number of fatalities are reported. The block of flats in the Borough of Kensington and Chelsea, billowed large plumes of smoke way above the capital after the blaze broke out in the early hours of Wednesday morning. Londoners came out on the streets to help, offer food and water, support and assistance to those who had lost their homes or didn’t know the whereabouts of their friends and family. 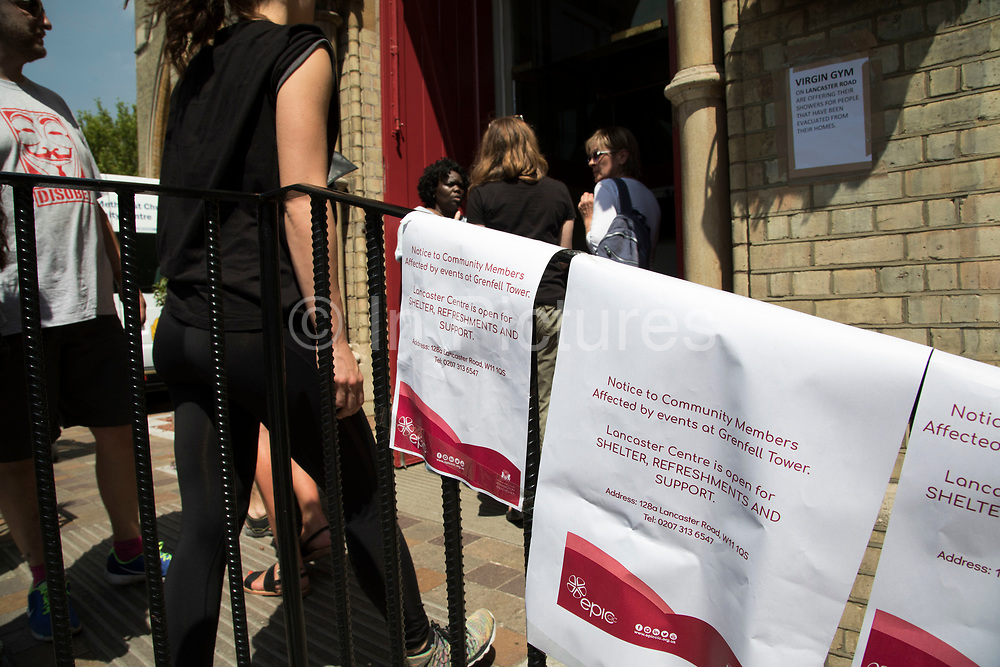