A male swimmer performs the Crawl across this scene of frewsh water bathing in the Serpentine Lake in London's Hyde Park. As the man twists his head to gulp in air, breathing a lungful of oxygen, he passes the lettering stencilled on the poolside warning of shallow water. This bathing area is where the normally busy Serpentine Swimming Club has the use of this Royal Lake known as Lansbury's Lido. It is now normally open only in the summer, but one traditional event occurs each year on New Year's Day, when the ice is broken and brave bathers dive into the cold waters of the lake. The Serpentine will be used for the swimming leg of the triathlon at the London 2012 Olympics. The pool was formed in 1730, its name from a snakelike, curve. Queen Caroline wife of George II ordered the damming of the River Westbourne and other natural ponds in Hyde Park. 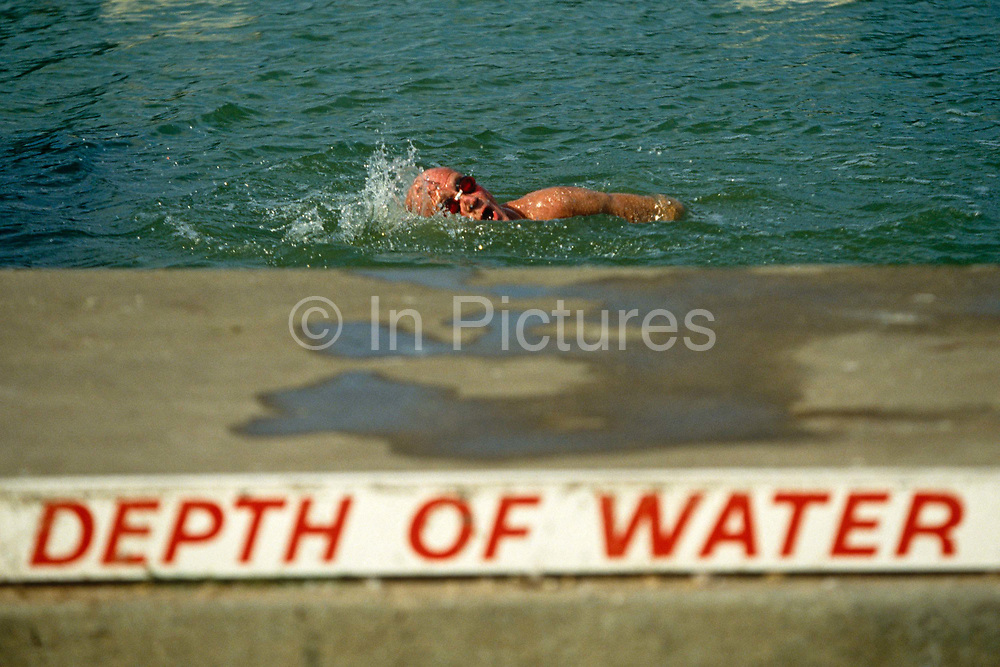