Shoppers carry their purchases in yellow Selfridges bags in London's West End. The bags are one of the capital's most striking symbols of British retail and are seen across the city as splashes of vibrant colour on the otherwise drab pavements and streets. The economic recovers appears to have begun in earnest and retail therapy has attracted these Londoners to the West End, away from the larger, warmer shopping Malls on the outskirts of town. Selfridges was founded by Harry Gordon Selfridge. The flagship store in London's Oxford Street is the second largest shop in the UK (after Harrods) and was opened on 15 March 1909. 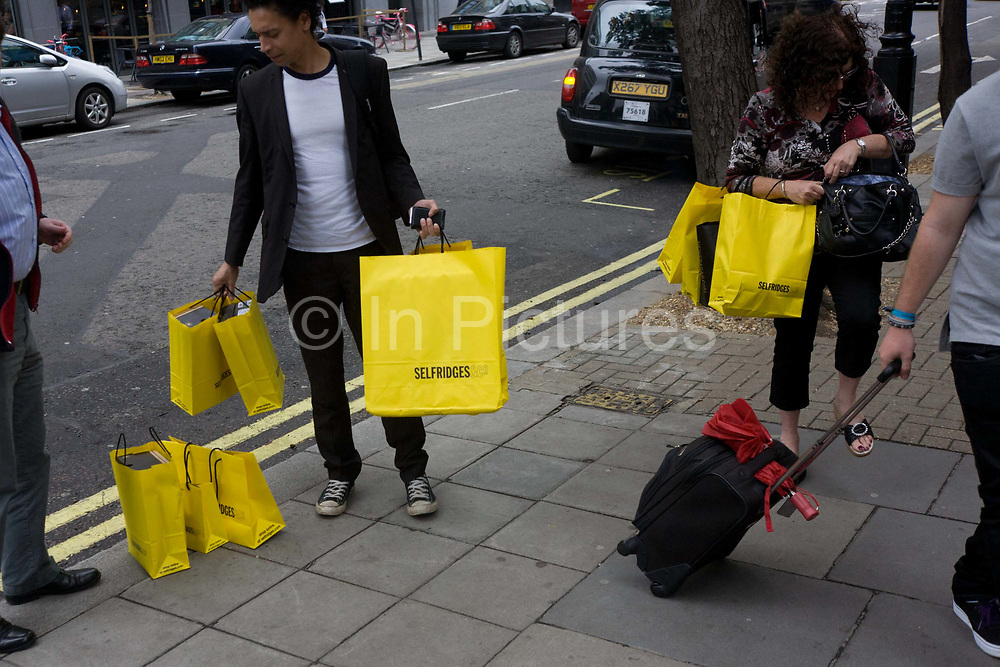