Exterior of an Odeon cinema in central London. The Saville Theatre is a former West End theatre at 135 Shaftesbury Avenue in the London Borough of Camden. The exterior of the theatre retains many of the 1930s details, although the wrought iron window on the frontage has been replaced by glass blocks. A sculptured frieze by British sculptor Gilbert Bayes around the building for nearly 130 feet (40 m), remains and represents 'Drama Through The Ages'. The theatre opened in 1931, and became a music venue during the 1960s. In 1970 it became the two cinemas ABC1 Shaftesbury Avenue and ABC2 Shaftesbury Avenue, which in 2001 were converted to the four-screen cinema Odeon Covent Garden. Odeon Cinemas is a British chain of cinemas operating in the United Kingdom and Ireland. The company is one of the largest cinema chains in Europe. 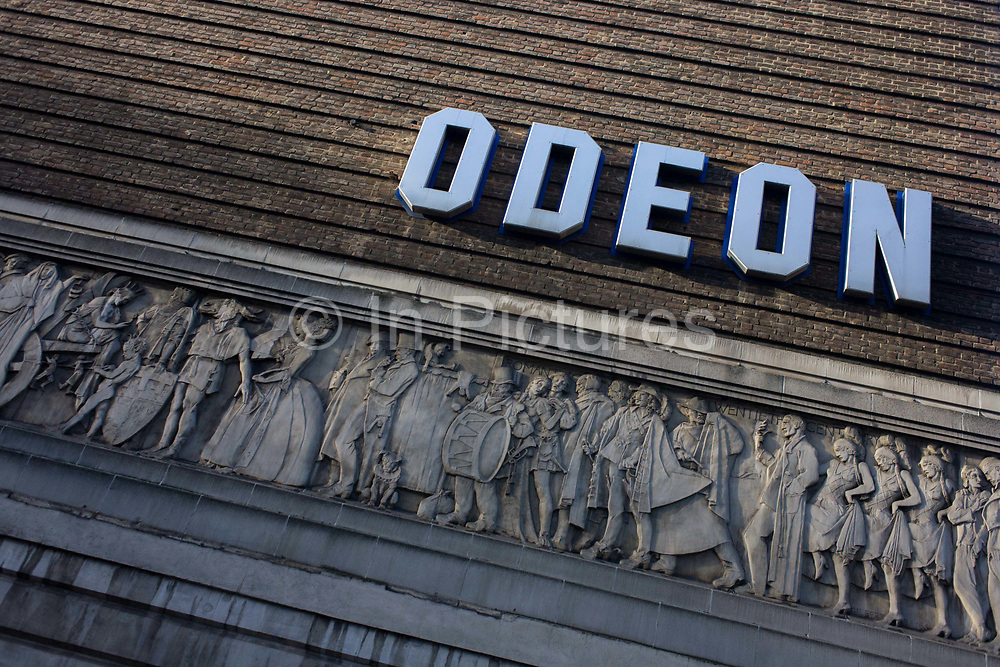