The House Mill is a grade 1 listed 18th century tidal mill set in a beautifulriverside location in the heart of London’s East End. This remarkable building is believed to be the largest tidal mill still in existence in the world.Originally built in 1776, on an existing pre-Domesday site it is a timber framed building clad in brick on three sides. In addition to flour making, the mill served the famous distillery next door on Three Mills Island. Built across the River Lea, the Mill trapped the sea and river water at high tide to turn the water wheels on the ebb. The outflowing water turned four large wheels driving twelve pairs of millstones. These four wheels and six of the pairs of millstones survive together with other historic machinery. The Mill ceased milling in 1941 after it was bombed during the Second World War. 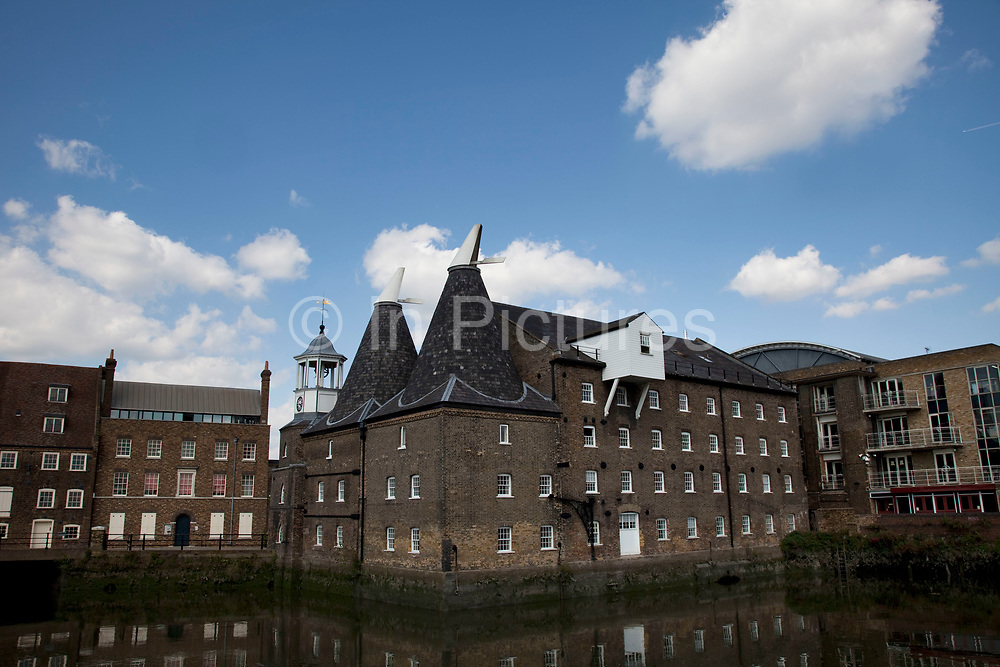